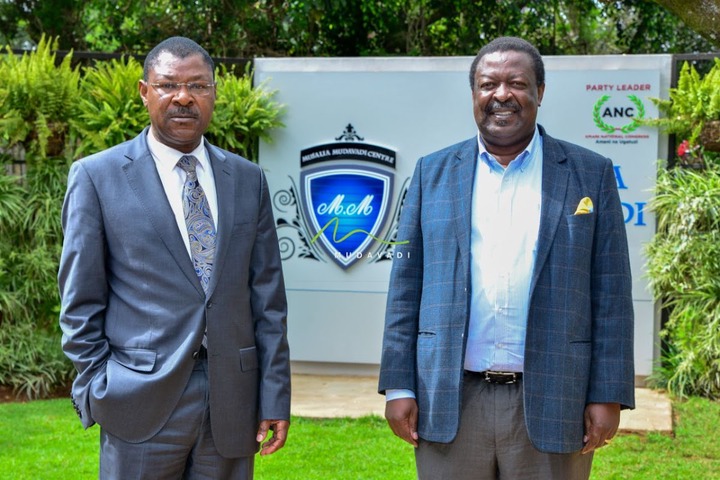 With less than ten months in to the next general elections, political leaders across the country are joining parties which they feel will guarantee them a win, as others declare their preferred leaders in different posts.

As reported by People's Daily, the Ford Kenya's MP Richard Onyonka continued to drum support for Raila's presidential bid, despite his party leader being among the four leaders forming the OKA team.

Speaking in Kisii on Thursday, the MP who represents residents of Kitutu Chache South in the National Assembly called upon the residents of Kisii County and the whole Nyanza Region to rally behind Raila.

He further supported MP Simba Arati's Kisii gubernatorial bid as he seeks to unseat Governor James Ongwae in the August 2022 elections, stating that it is time for the youth to vie for different positions.

"I urge you to support former prime minister Raila Odinga's presidential bid and Arati for governor," said Onyonka amid cheers from the public.

He called upon the OKA leaders led by those from Western Region to join hands and back up Raila. 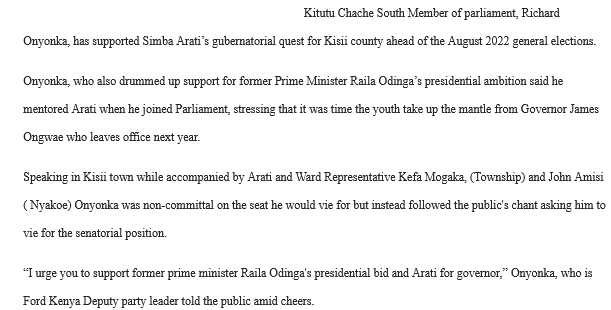