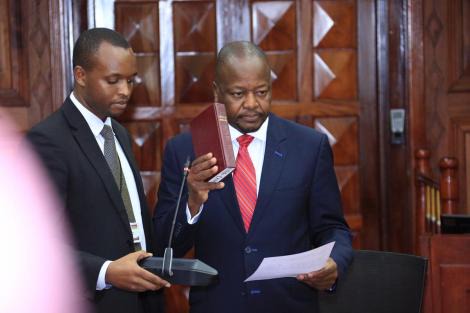 But this comes at a time when the CS has been very indifferent on Raila's activities, including his attempts to make forays into his (Kagwe) Mt Kenya backyard, and has also been not so vocal about the 2022 issue.

But sources have revealed that so much interested is he that he has even began doing things that can help him capture Raila's attention, including launching his own presidential bid to better his chances.

He has, according to sources close to him, been holding meetings with area leaders allied to him, including former Dagoretti South MP Dennis Waweru, who has also been working closely with Raila. 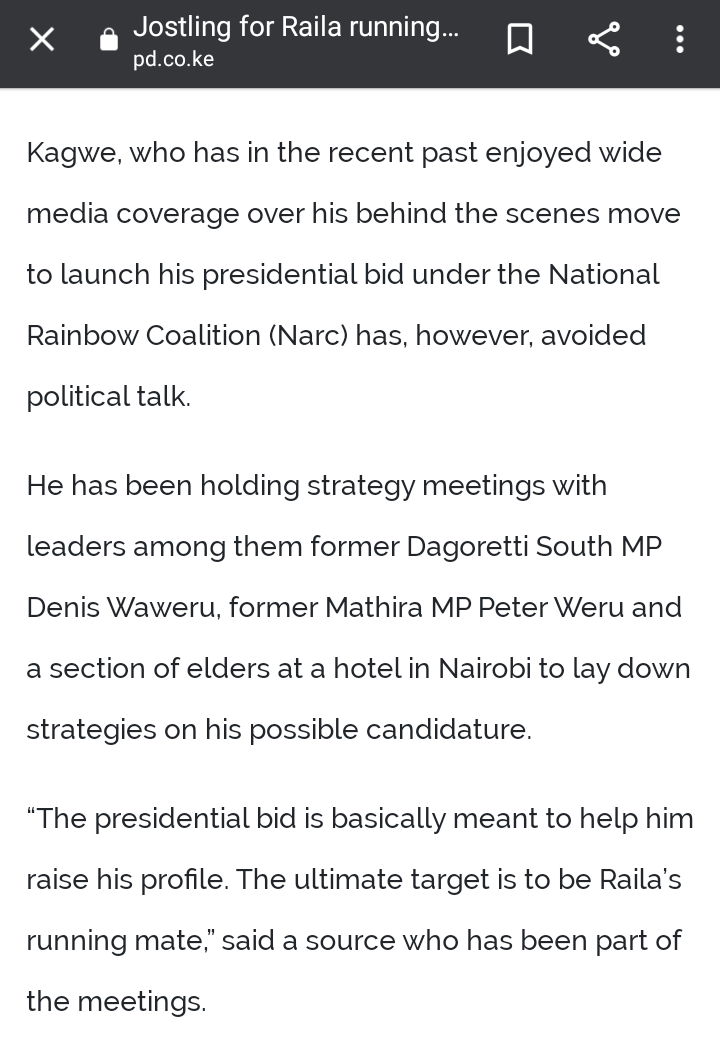 "The presidential bid is basically meant to help him raise his profile. The ultimate target is to be Raila’s running mate,” a source close to him who has been attending his strategy meetings told People Daily.

But the CS has not been attending Raila's campaign tours of Mt Kenya, with Kieni MP Kanini Kega being seen leading his tours of Nyeri County, even as sources claim that he wants to work with him (Raila).

Instead, he has been meeting his allies, including Former Mathira MP Peter Weru and a section of Kikuyu elders at a hotel in Nairobi, as more leaders show interest in deputising the former Premier.

Raila is, however, yet to hint on who he will be picking, something he is expected to do in February next year.