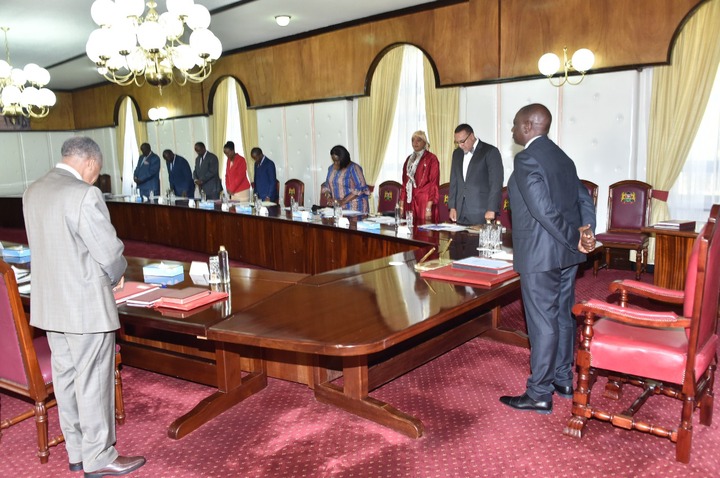 Announcement made by the State House, revealed that Ruto had summoned the outgoing CS's who are still holding their respective dockets as they await handover to the newly appointed CS.

However, the purpose and details of the meeting are yet to be disclosed. 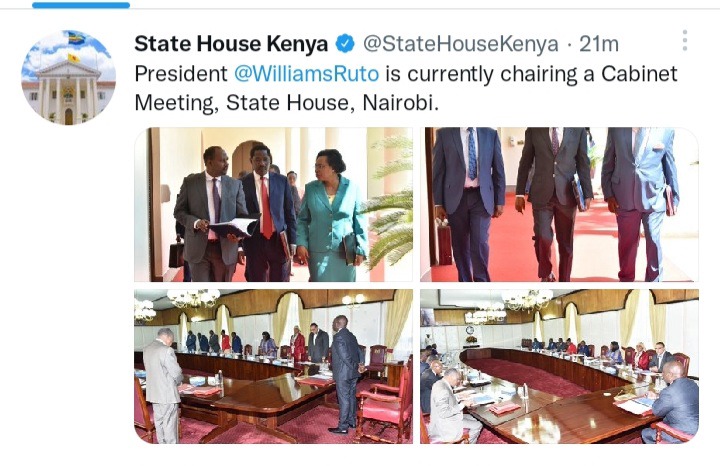 Cabinet Secretaries in attendance revealed that during the meeting, a tense atmosphere had covered the room owing some of the CS's had publicly supported Raila Odinga's presidency and castigated Ruto's presidential bid in national television and campaigns.

However, the tense atmosphere could later subdue after Ruto opening the meeting with a word of order where he prayed for reconciliation.

He could later assure the outgoing Cabinet members especially Interior CS Fred Matiang'i, Agriculture Peter Munya, Defense Eugene Wamalwa and ICT Joe Mucheru, who were in the frontline castigated him, that he had no bad blood and he was not seeking vengeance against them.

He asked them to put politics aside and work for the greater benefits of the country as politics period had elapsed. 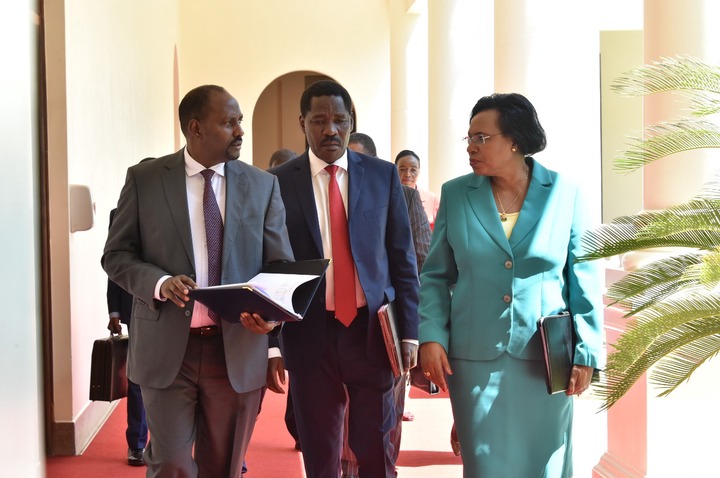 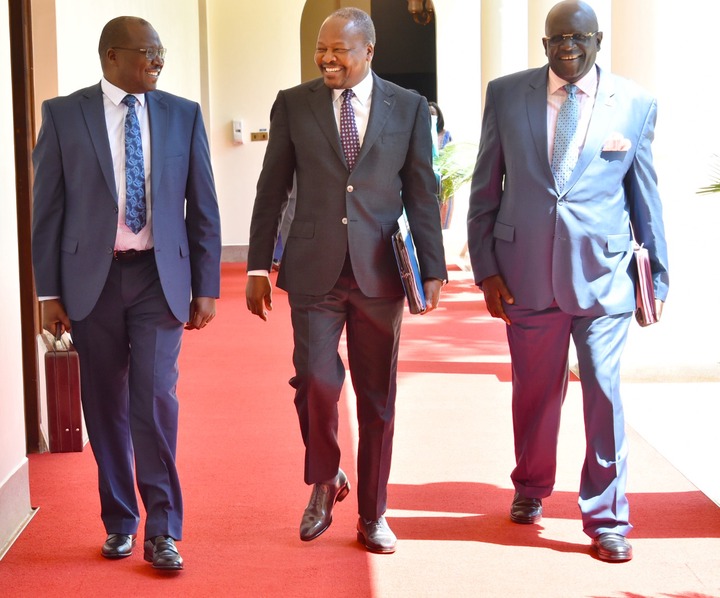 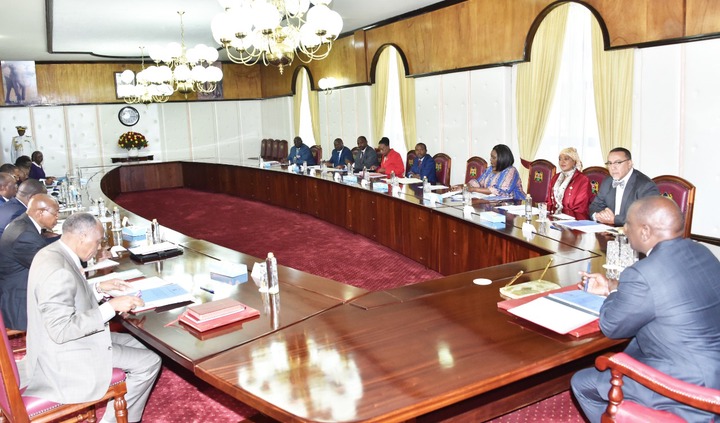