By Alanwalker (self media writer) | 1 month ago

Jubilee Party Secretary General Jeremiah Kioni has warned that Kenya will be in danger if Deputy President William Ruto wins the president in the August polls. 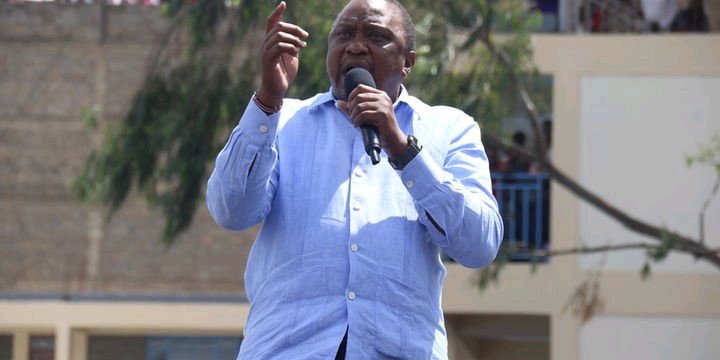 This comes after reading one of Ruto's recommendations in his manifesto, which discusses how the DP intends to seek and prosecute the President for the wrongs he committed while in office. 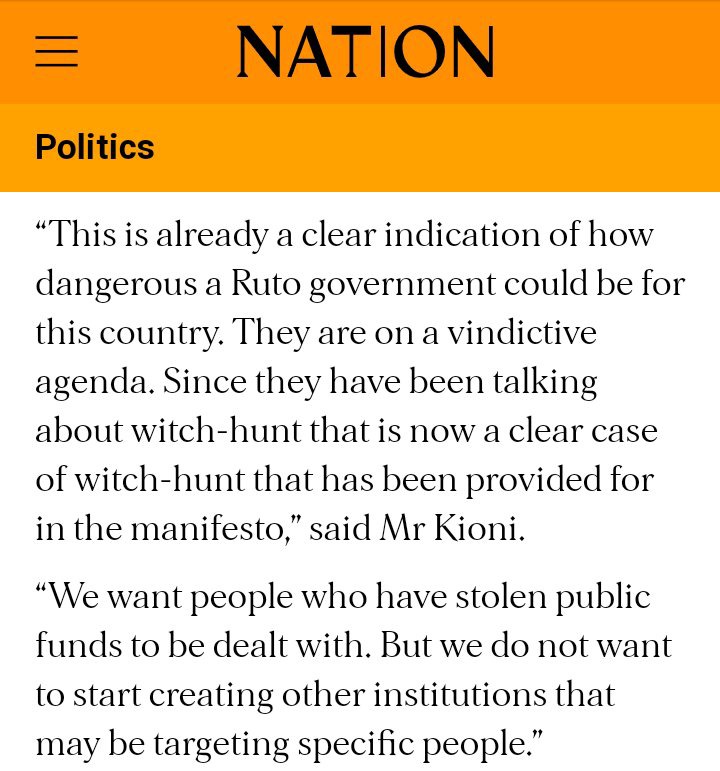 Under the subtopic "Ending State Capture," Ruto promises to establish a quasi-judicial public inquiry to assess the level of cronyism and state capture Uhuru instigated while in government and to offer recommendations.

The DP, who has not been on good terms with the President since 2018, claims that this will be completed within 30 days of taking office and will be specifically targeted to target the President and the way he managed the government.

An friend of the President named Kioni now claims that this demonstrates how dangerous a Ruto administration will be because it will put a lot of effort into punishing individuals like Uhuru and exacting revenge on his behalf.

How hazardous a Ruto administration might be for this nation is already abundantly obvious from this. They have a vengeful agenda, unfortunately. The Ndaragwa MP told the Daily Nation that while they have been discussing witch hunts, there is now a demonstrable instance of one, as called for in the manifesto. Instead of concentrating on combatting corruption, he questions why Ruto wants to go after particular targets.

"We desire the prosecution of those responsible for the theft of public funds. However, we do not want to begin developing other institutions that might be aimed at particular demographics," the MP was further reported as saying.

But Ruto's supporters, notably by Kiharu MP Ndindi Nyoro and Murang'a Senator Irungu Kang'ata, have defended the proposal to establish taskforces and commissions of inquiry, describing it as extremely vital.

Content created and supplied by: Alanwalker (via Opera News )

Reactions As Atwoli Admits Workers Will Accept Any President Sworn In After Supreme Court Case.