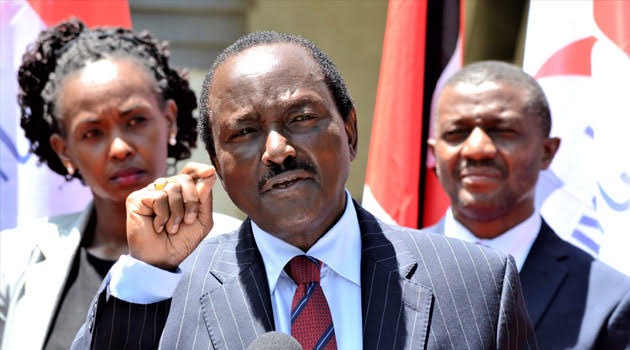 Today over 500 aspirants led by Wiper- Kenya party organizing Secretary Robert Mbui have called Kalonzo Musyoka who opted to run for presidential seat to reconsider Azimio exit before his decision.

Speaking in Stoni Athi Resort, Mbui who is a confidant of Kalonzo stated that Kalonzo will reconsider his decision but under a structured dialogue so that he can be assured of sticking to the deal after August general election.

Mbui also stated that Kalonzo moved out of Azimio because of frustrations which have been avoided because their earlier deal was not structured. 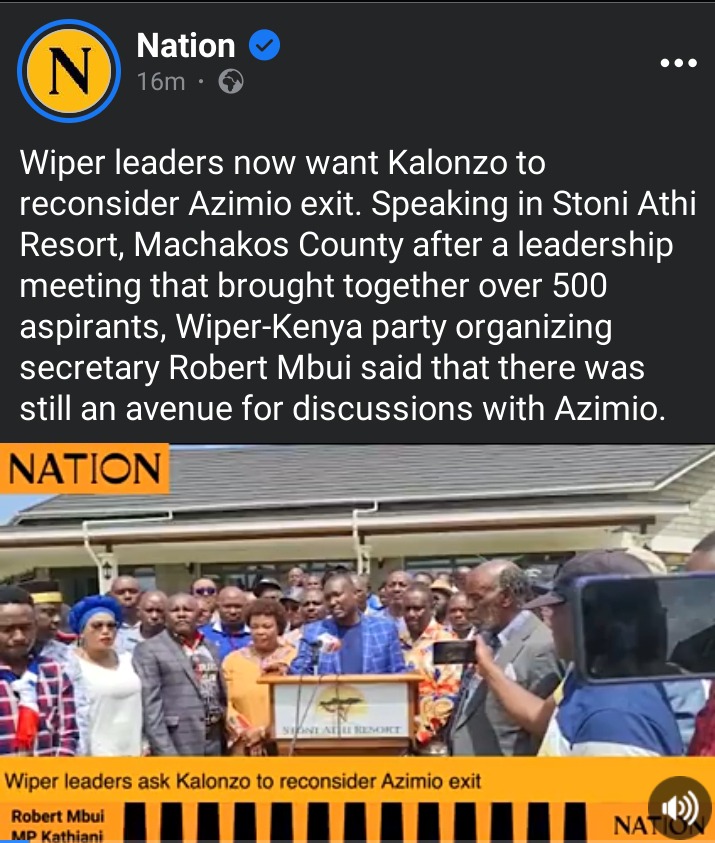 However, the team urged Kalonzo to exploit all potential options in Azimio coalition because making a decision of running presidential election.

This comes after Kalonzo's running mate Ole Senkuli is reportedly said to have presented their names to IEBC and are expected to appear before the board so as to be interviewed on whether they will be allowed to contest in the race.