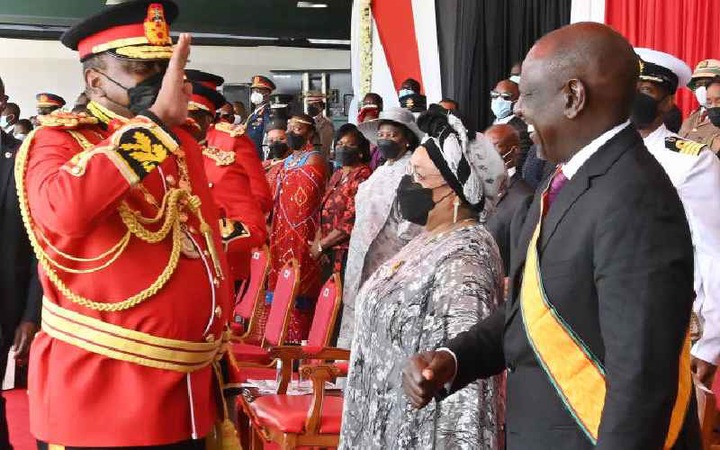 President Uhuru Kenyatta should not be worried regarding what will befall him if he fails to have his say on who succeeds him, Mathira Member of Parliament Rigathi Gachagua has said.

This follows earlier reports that Deputy President William Ruto and his Kenya Kwanza brigade plan on harassing and prosecuting Uhuru for the ills commited by his government if DP William Ruto wins.

But Gachagua, Ruto's running mate, has said that there is no such plan, and that the President can be sure that he will be allowed to head home peacefully and should not be afraid of any suffering afterwards.

Speaking in Tharaka Nithi County on Saturday, he added that contrary to reports that commissions of enquiry will be put in place to investigate the Head of State, nothing such will be done by Ruto's regime. 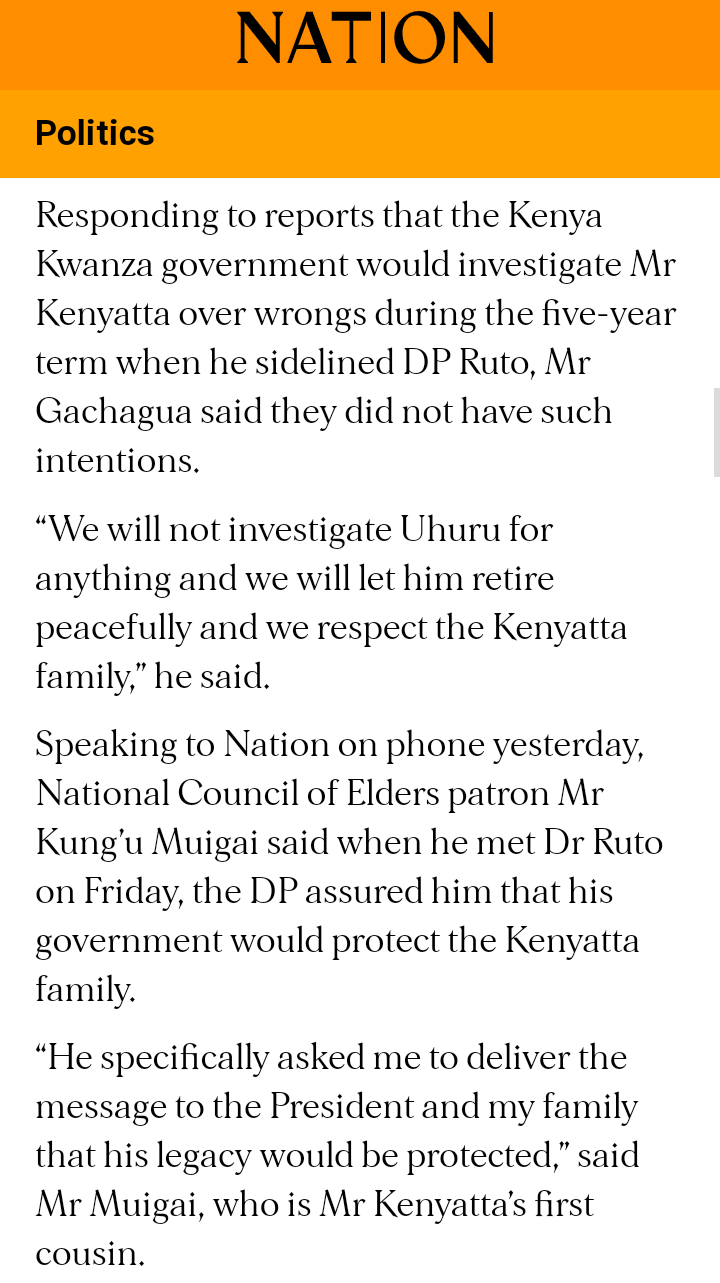 “We will not investigate Uhuru for anything and we will let him retire peacefully and we respect the Kenyatta family,” the politician, a known anti-Uhuru crusader, said as is quoted by The Daily Nation.

This is similar to what has been revealed by National Council of Elders patron Kung’u Muigai, who also happens to be the President's cousin, that Ruto indeed doesn't have any ill intentions for Uhuru.

He told the paper that during their recent meeting, Ruto sent him to tell the Head of State that he doesn't intend to do anything that would harm the President in the event that he takes over as President.

"He specifically asked me to deliver the message to the President and my family that his legacy would be protected,” he told the paper.

Uhuru and Ruto have since fallen out, with the President now preffering ODM leader Raila Odinga as his successor. Earlier, he had announced that he would support Ruto, but has reneged on the vow.

Raila Odinga's Message to Kenyans On the Election Day.

Kenya Decides 2022, Voters already at polling stations As at 4 am Morning.

Journalist Discloses What He Found Out After Visiting DP Ruto's Home In Sugoi Village.

Why You Must Learn Programming in 2022