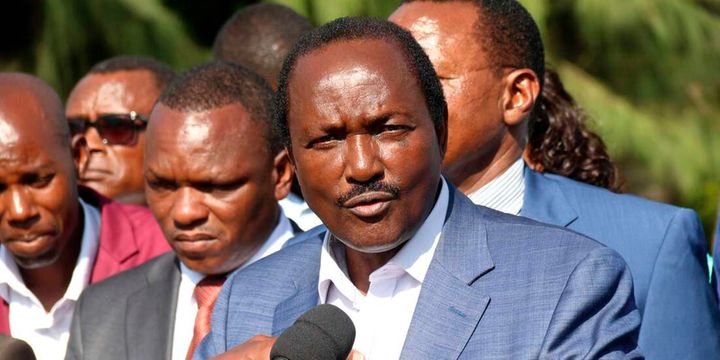 Wiper party Organising Secretary Robert Mbui has given reasons as to why the party now wants to return to the Azimio La Umoja-One Kenya Alliance.

This is with consideration that the party only one week ago left Azimio, with its leader Kalonzo Musyoka even declaring his presidential bid.

On Monday, however, it directed Kalonzo to reunite with Raila, a decision Mbui has based on the changing situations between Wiper and Azimio.

He says that initially there was no room for discussions, which left Wiper with no other option but to seek alternative routes to approaching the poll.

The Kathiani MP stated that now that communication channels between the two sides have been opened, there is no harm if structured talks are held. 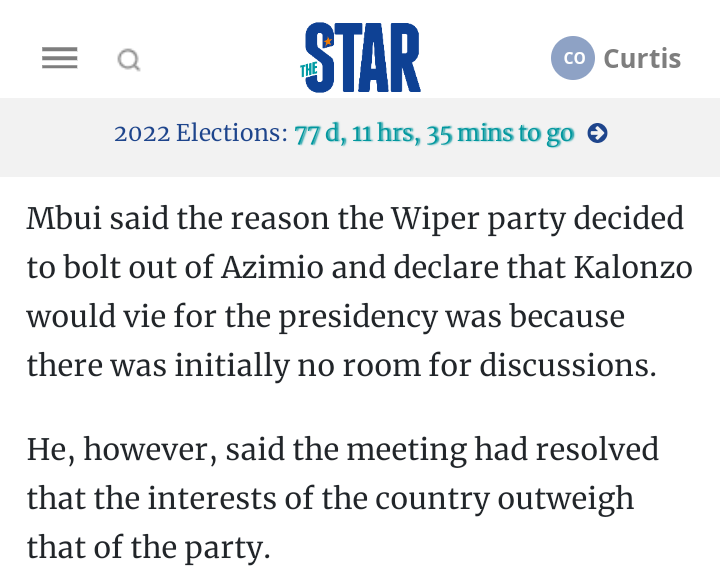 "Because we had already agreed to work under the Azimio One Kenya Alliance, it is time that we exhaust all the options that were available," he said at the Stoni Athi Resort in Machakos, reports The Star.

He said that the party has directed Kalonzo to make use of the dispute resolution channels present in Azimio to help come up with a deal with Raila.

"There is a dispute resolution mechanism under that alliance, so we are asking our party leader that we do consider the possibility of having further discussions on this coalition arrangement," he said.

But this is even as the person Kalonzo named as his running mate; Andrew Sunkuli, maintains that there is nothing like Kalonzo rejoining Azimio.

Speaking at the Bomas on Monday, when he represented Kalonzo for a meeting between IEBC and presidential aspirants, he said that they will go all the way to the ballot.

What Paulah Kajala Did After Harmonize Proposed to Her Mother Fridah Kajala.

What Harmonize's Ex Girlfriend Said After He proposed to His Lover Kajala.