President Uhuru Kenyatta will not be campaigning for Raila Odinga as earlier anticipated. This is according to Jubilee party vice-chairman David Murathe. Speaking to Daily Nation, Murathe noted that the head of state will take a back seat so that he can hand over power to whoever wins the upcoming elections. 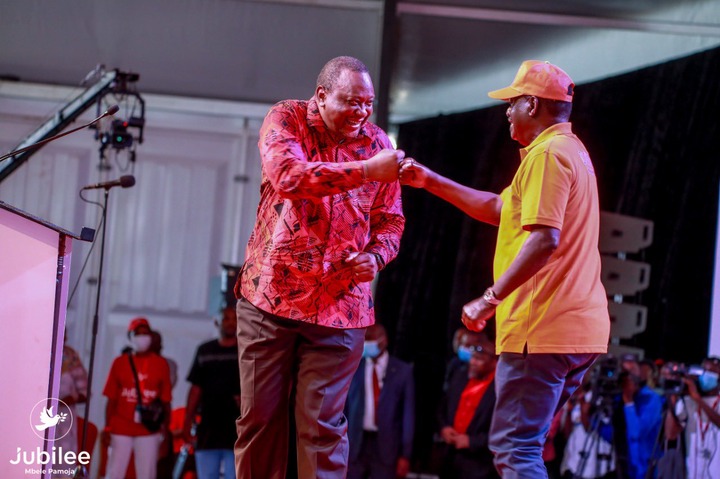 A while back during Sagana three meeting, President Uhuru Kenyatta had promised to actively campaign for Raila Odinga across the country when the official campaign period begins. He might have retracted for whatever reason if Murathe’s sentiments are anything to go by.

Murathe further observed that President Uhuru Kenyatta’s previous endorsement of Raila Odinga is enough. He, however, will not be seen in rallies actively campaigning for his Azimio la Umoja coalition party leader.

"You will not expect President Kenyatta to be on the top of vehicles campaigning for Raila but he has already expressed his desire on who people to vote for. As the only remaining President since independence, he will be ready to hand over instruments of power to whoever wins," said Murathe.

The vocal Raila supporter added that the head of state will keep endorsing Raila whenever he is inspecting the state projects or while at other functions as the need may dictate. According to Murathe, President Uhuru Kenyatta will be busy running the country as well as managing 26 political parties within Azimio coalition in which he is the chairman.

"But he is free to continue reminding Kenyans to vote for Mr. Odinga whenever he is inspecting the many projects he has delivered during his tenure," added Murathe. 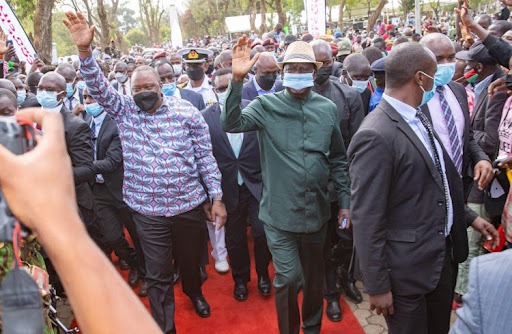 This comes amid speculations that the Azimio chiefs have agreed to let Martha Karua take charge of the Azimio campaigns in Mt Kenya. A day after Karua was named Raila’s running mate, she hit the grounds running with her week-long Mt Kenya tour.