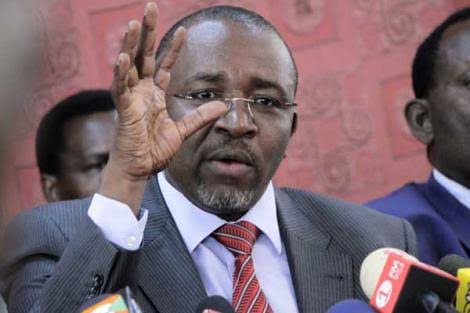 Meru Senator Mithika Linthuri has been reportedly arrested hours after the Senate adjourned for the BBI special sitting.

Kericho Senator Aaron Cheruiyot who broke the news said Linthuri got arrested after the Senate adjourned.

Several Senators in the Senate have condemned the act and said the Senate is independent and should not be interrupted.

Mithika Linthuri earlier on while debating called upon the Senate to give time to Senators read the BBI report which led to adjournment.

According to Jubilee Party majority Whip Kimani Wamatangi said Linthuri had a mission with police officers and has since been released and on his way to the Senate.

However,Nakuru Senator rubbished the claims by Wamatangi and said Linthuri is currently locked up in police custody.

The BBI Bill passed by 13 out of the 47 county assemblies had anomalies. There are also claims that the versions of the Bill at the National Assembly and Senate have discrepancies as well.