A few hours after today's State of the Nation Adress by President Uhuru Kenyatta that went down at Parliament Building, several allegations have emerged, with some saying Deputy President William Ruto was given a cold handshake with his boss. 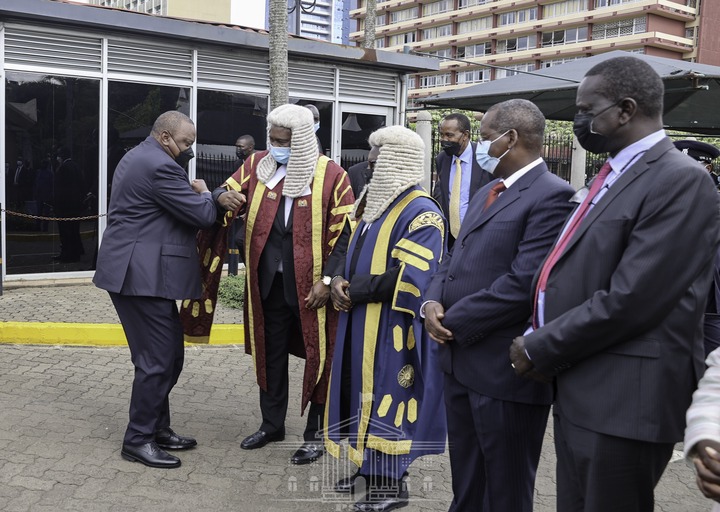 A video has since emerged on social media, showing President Uhuru allegedly moving away from his deputy.

In the video, the President is seen walking beside DP Ruto but later left him behind and went on to greet the two houses speakers, Speaker Justin Muturi and Ken Lusaka of the Senate.

Bloggers who are sharing the video on social media are literally saying the President was telling his deputy that "hapangwangwi", a viral phrase that originated from a hit song by Kenyan artists. 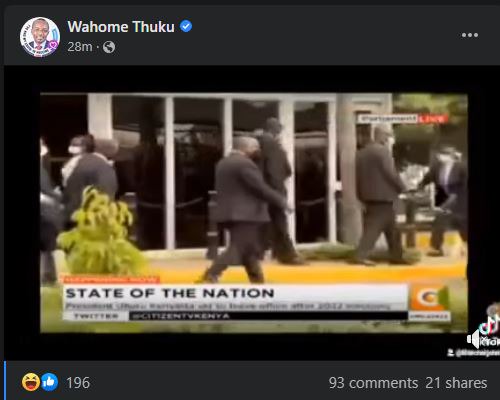 However, the truth of the viral video is not related to the viral phrase of ''sipangwangwi", the video was captured during President Uhuru's arrival at the Parliament Building ahead of his speech, and how he was received by his deputy.

He then proceed into the Parliament after meeting the two speakers but did not walk away from his deputy.

So Sad, Deputy President Ruto Mourns The Death Of A Hustler Ahead Of His Mega Rally In Nakuru

House Help Mauled To Death By Her Employer's Dog In Malindi

MP Savula Reveals Details Of What Raila Will Do To Mudavadi When He Becomes President.

Musalia Mudavadi Promises Another Earthquake After That of Bomas