Bodyguards Who Went on to Become MPs

By NewsBring (self meida writer) | 23 days 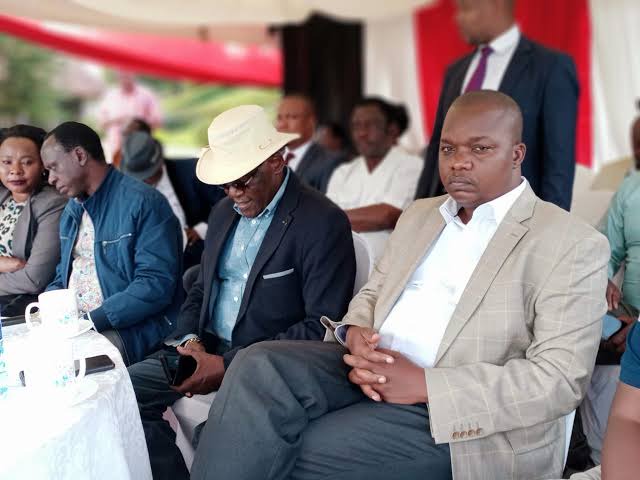 Bodyguards assigned to Kenyan VIPs have one of the most difficult jobs, and it has been described as one of the least rewarding in the security industry on several occasions.

Aside from working long hours and taking personal risks on behalf of their risks, they also earn pitiful wages, which often leads to poor mental health.

However, some outliers have risen from low-level jobs to the pinnacle of Kenyan society by achieving the VIP status held by their bosses.

Mbai worked as a bodyguard for Machakos Governor Alfred Mutua for ten years before being elected Member of Parliament for Kitui East. This was following his resignation from the police force in 2013.

He had previously worked as a bodyguard for then-Environment Minister Francis Nyenze.

King'ang'i, for his part, was President Mwai Kibaki's Aide de Camp (ADC). During major ceremonies, an ADC is an officer who stands behind the president.

He had previously worked as a bodyguard for then-Environment Minister Francis Nyenze.

He married Elizabeth Madoka, whom he met while serving as ADC to Jomo Kenyatta. In her role as the founding President's secretary, his wife raised Uhuru and his siblings.

General Kibochi, The Chief Of Defence Forces Makes Announcement On What KDF Might Do very Soon

Uhuru, Gideon Moi And Raila Expected To Do This As Uhuru Jets Back Tonight

Panic As Ferry Carrying Hundreds In Likoni Get Stuck In The Ocean Due To Technical Problem.

Bad News As Ferry Gets Stuck Due To Technical Problem