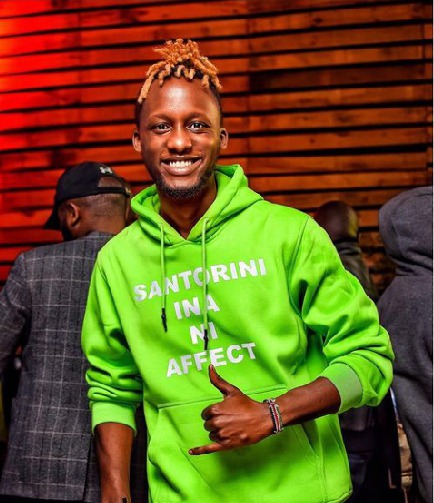 An aspirant eyeing Mp seat to represent Westlands consistency in the upcoming general elections in 2022 has called for the legalization of marijuana.

According to Xtian Dela who is a YouTube content creator and a blogger  male aspirant who is known to many as Xtian Dela, Marijuana commonly known by many as weed needs to be legalized, regulated and taxed by the Kenyan government.

Taking to his twitter and Instagram accounts, Dela who recently declared his interest in being the Mp representing Westlands in the next year election, went ahead to state that his message needs to be circulated to everyone who uses marijuana.

In what seemed like one of his campaign strategies, Dela called on voters to turn up in large numbers and vote for him when the time comes. 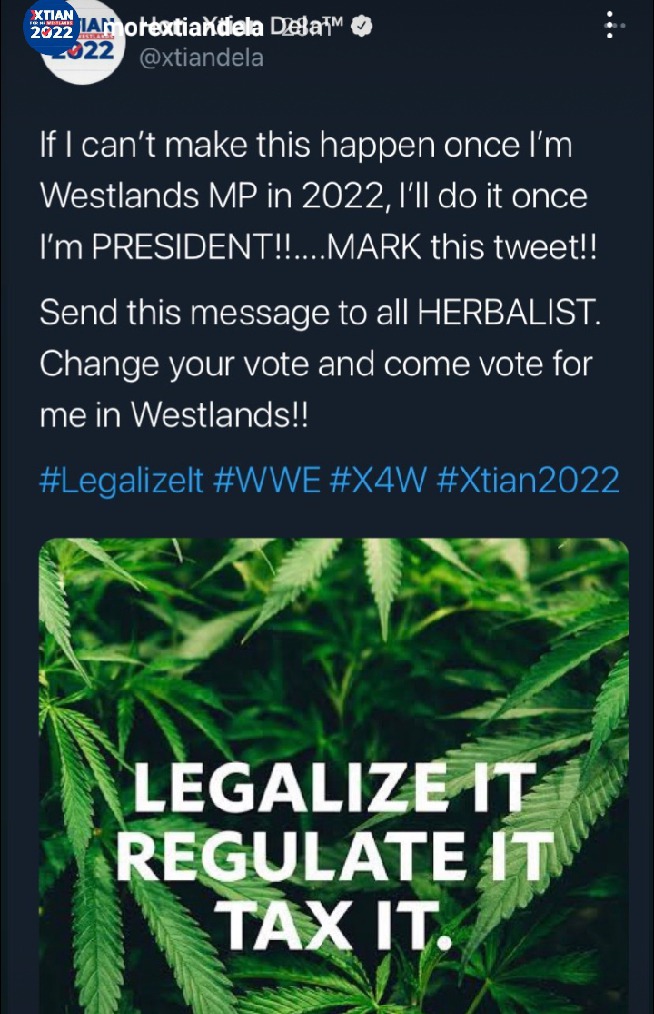 He however, indicated that if after getting elected as Westlands Mp he fails to get the laws standing on Marijuana in the country changed, he will ensure it gets legalized when he becomes the president of Kenya.

Send this message to all HERBALIST. Change your vote and come vote for me in Westlands. #LegalizeIt #WWE #X4W #Xtian2022,” Xtian Dela tweeted.

A section of his followers took his position on Marijuana as a joke telling him openly that it is not a good idea bearing in mind that many youths have become addicted to it and gotten their lives negatively affected. 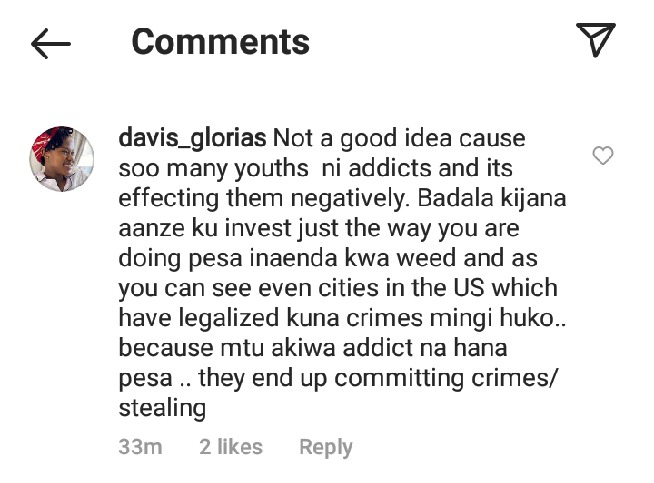 Some however, said that his was a great idea to have the government legalize it and earn taxes since people still have access to it though it is illegal in the country.

Xtian Dela is best known for his Instagram account where he gives his followers a change to speak out on their different life experiences through a hash tag dubbed toboa.

Kanini Kega Reveals What They Discussed In Nyeri, As He Delivers This Message To DP William Ruto