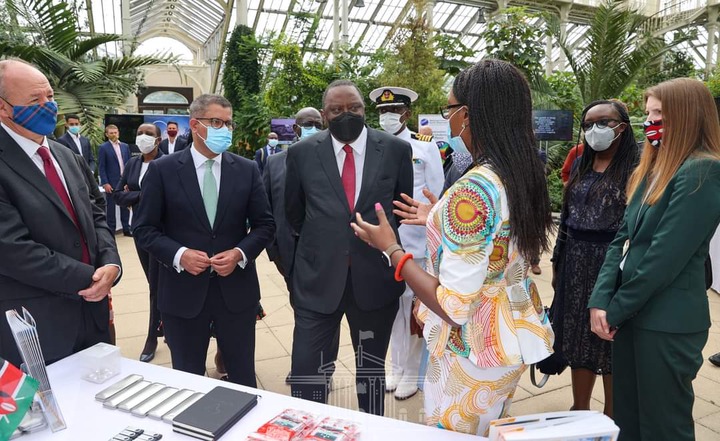 President Uhuru Kenyatta during a high profile meeting in the United Kingdom.

The Kenyan Head of State has been given a petition that could lead to one of the powerful Kenyan politicians in deep trouble with the administration.

The politician who had been described as dangerous has been threatening foreign investors and it is not yet known if the government was aware of his negative influence.

Though the name of the politician is not yet disclosed,the British Officials are said to have reportedly cited an incident in which the politician’s allies have been threatening investors in their backyard. The chairman of a leading global telco also claimed the politician will forcefully 'ask' for shares from publicly listed firms. 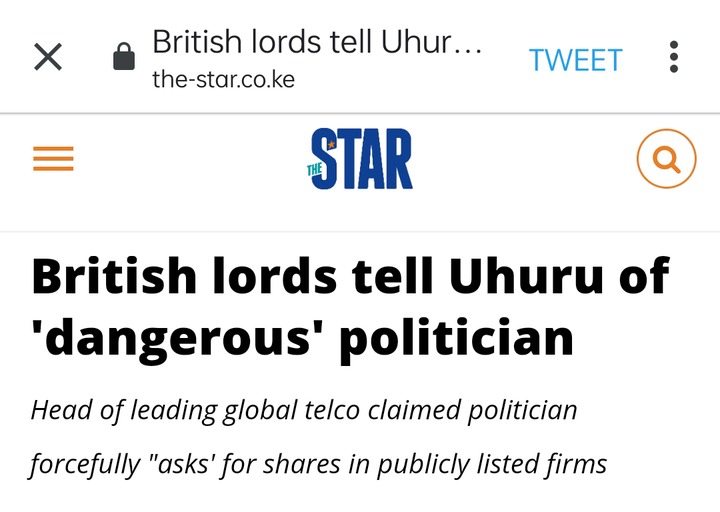 This comes even as the president tried to strengthen the bilateral relations between the European nation and his East African country in his visit to the United Kingdom.

The UK and Kenya are also working together to boost investment and business links between our two countries. The trading relationship is already worth around £1.4 billion a year, with 40 per cent of all tea consumed in the UK coming from Kenya.

President Kenyatta launched the Nairobi International Finance Centre at an event at Mansion House in conjunction with the City of London on Tuesday and UK insurance firm Prudential announced they would be the first company to sign up to the Centre and establish their Africa HQ in Kenya.

As an official “guest of government”, Uhuru will attend an event at West London’s Kew Gardens, to celebrate the Kenya-UK Year of Climate Action, and Kenya’s leadership on climate change in Africa ahead of COP26.