“This Hustler Narrative is a Joke Taken Too Far, It’s Actually Nonsense if You Ask Me" Fatma Gedi

By joemuca (self media writer) | 1 year ago 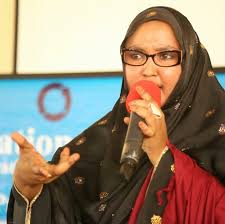 Deputy President has caused mixed reactions across the country. He has been working hard to ensure that youths are the beneficiaries of all his projects. He has been giving out many things such as Hatcheries, washing machines and the most criticized wheelbarrows.

The deputy President has been calling himself a Hustler despite owning 5choppers and big Lexus cars as revealed by COTU Secretary General Francis Atwoli. According to some Kenyans Deputy President Ruto should not call himself a hustler because he owns a lot of property.

In an interview with Citizen television Wajir Woman Representative Fatma Gedi blasted Nakuru Senator Susan Kihika saying that they were using Kenyan youths in a bad way. She argued that how can a wheelbarrow help young generation to generate enough income.

Fatma Gedi argued that the Deputy President William Ruto should sober up and stop calling himself a hustler when he owns almost half of the country. Fatma Gedi rubbished of the Hustler Nation saying it was nonsense.

“This hustler narrative is a joke taken too far, it’s actually nonsense if you ask me". Fatma Gedi. 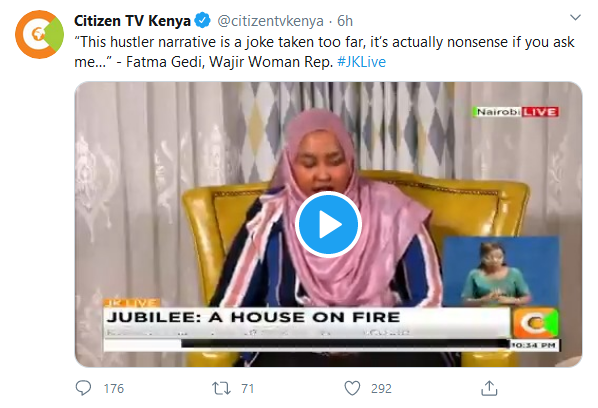