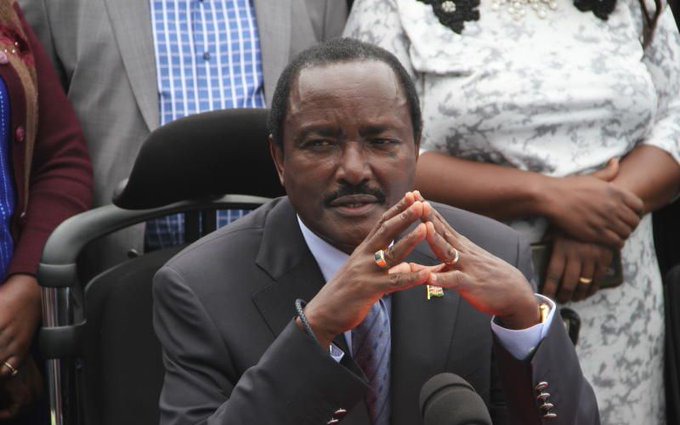 DP Ruto's close ally Edward Waswa Kisiang'ani has hinted on the next possible immediate political move by Wiper leader Kalonzo Musyoka upon landing to the country after his UK and Switzerland trips.

Currently, Kalonzo Musyoka has become the center of the political attention as both the top political camps led by the ODM leader Raila Odinga and DP At fighting hard to have him at their corner.

However, according to the DP Ruto's lieutenant, chances of the former Vice President landing to Kenya Kwanza are very minimal.

In his view, Kalonzo is likely to announce his next major political move which will stand in favor of the Azimio La Umoja Coalition candidate Raila Odinga.

Just has mentioned in his tweet above, when the Wiper leader returns from the United Kingdom and Switzerland, he will have been softened enough to rejoin Azimio.

What raises suspicion here is what exactly is likely to change his mind while in UK and Switzerland as other reports says that he is somehow set to meet President Uhuru Kenyatta who is on his official duties there.

Does it means that they are likely to meet and have a deep discussion on the way forward which is probably on matters related to his possible return to Azimio in support of Raila's presidential bid?

Even at the moment, there are some serious discussions going on between wiper members and Raila's men on how to land on a common deal which will see Kalonzo getting back to the coalition.

Just a day ago, reports emerged that the large percentage of Kalonzo's team are wants their master to find his way back to Azimio and walk alongside his former NASA partner Raila Odinga to help him secure the 2022 presidential victory.