By Newslikes (self media writer) | 2 months ago

City Attorney Steve Ogolla has offered his opinion on the matter just hours before National Assembly Speaker Moses Wetangula's decision on the side with the most number of parliamentarians between Kenya Kwanza and Azimio. 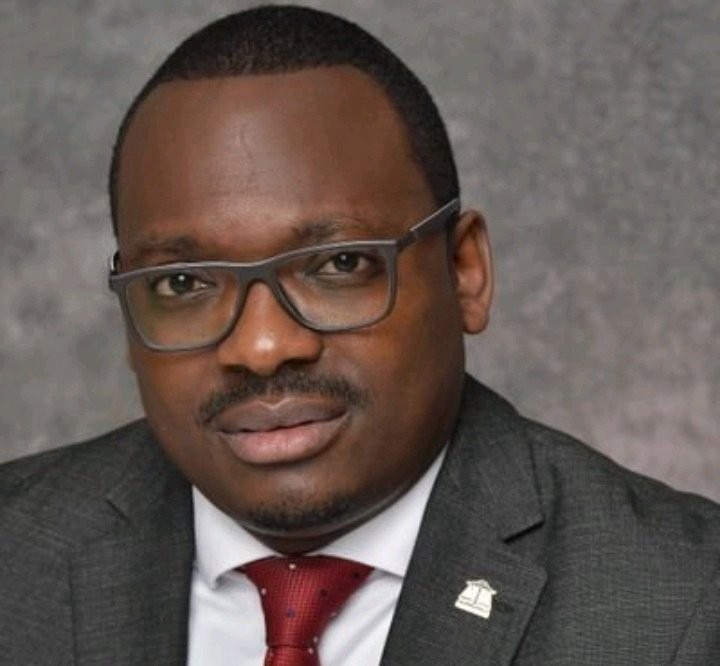 Ogolla asserts that because Kenya Kwanza is a coalition of parties as opposed to Azimio, which is a coalition political party, the latter's legal status is identical to that of typical parties like ODM or Wiper. As a result, he claims, Kenya Kwanza has the majority of parliamentarians and benefits from Article 108(2) of the Constitution.

He contends that the Azimio La Umoja-One Kenya coalition party cannot assert that it has the majority because no members of Parliament were chosen from its ranks.

"The majority leader is the head of the biggest parliamentary party or coalition of parties, according to Article 108(2) of the Constitution. Kenya Kwanza benefits from Article 108(2) because it is a Coalition of Parties." Read a portion of his quote

"Azimio is a Coalition Political Party, which means that, other from the fact that it is not a Parliamentary party, its legal position is identical to that of ODM or Wiper. In other words, Azimio wouldn't be able to claim the coveted Leader of Majority until the heavens opened." Added he. 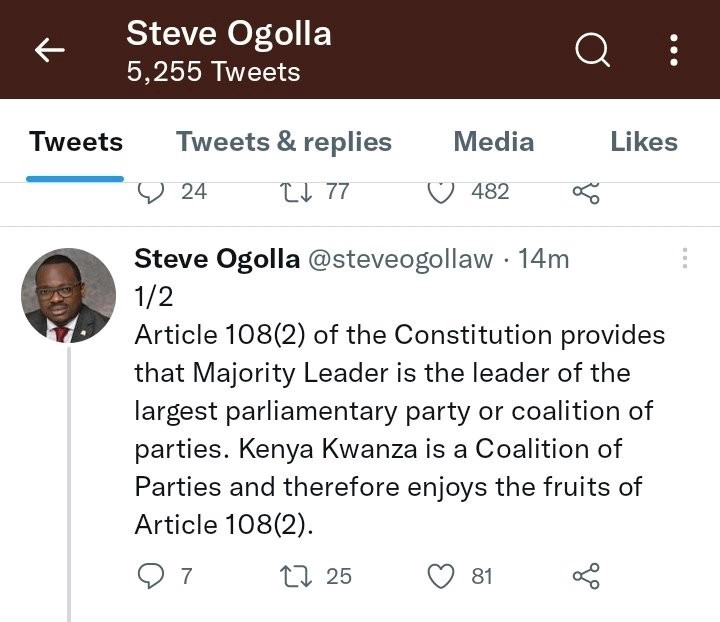 Content created and supplied by: Newslikes (via Opera News )