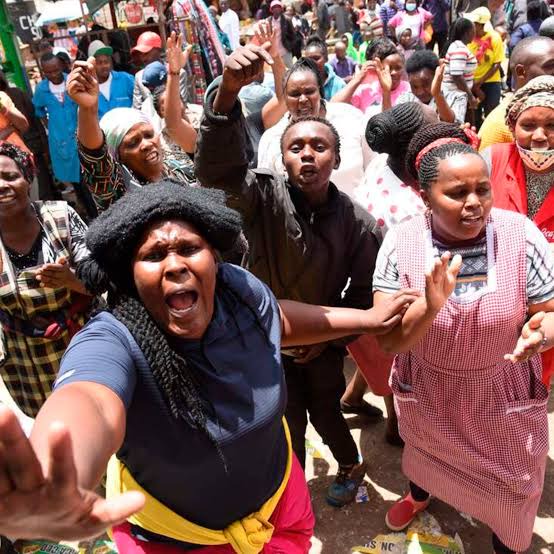 The United Democratic Alliance (UDA) party is currently holding nominations in Kandara constituency where 15 candidates are seeking to replace Alice Wahome. Wahome had won for a third term during the August polls but was appointed by president William Ruto to be the cabinet secretary in charge of water, leaving the Kandara seat vacant.

Jecinta Muthama, who is the coordinating agent for one of the candidates, caused drama in one of the polling station after she accused a UDA election official of issuing three ballot papers to one voter.

Jecinta said that the incident happened in the full glare of the agents and vowed to stop the tallying of the votes in that center.

"Election officials should let the process to go on fairy. An official has given one of the voters three ballot papers under the full watch of our agents. The ballot papers were folded together and they can easily be identified during the tallying process. We have agreed with the agents that we will not allow the three votes to be counted. There are also some incidences of voter bribery and we are asking the party to intervene," alluded Jecinta.