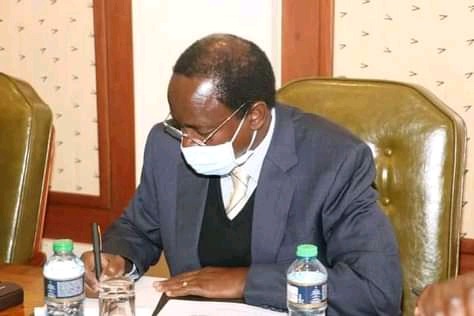 His allegations have come true as KTN News reports that the Wiper party leader is actually expected to present himself at the Directorate of Criminal Investigations Headquarters along Kiambu Road today. 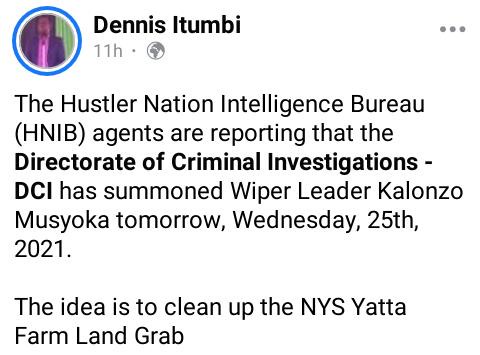 The former vice president is accused of illegally acquiring his Yatta Farm land believed to be belonging to the National Youth Service (NYS) and as KTN News reports, he is expected to clear his name from such allegations.

"Kalonzo was summoned by DCI officials to clear his name over claims he illegally acquired his Yatta land," KTN News reported.

Dennis Itumbi is popularly known for using his Hustler Nation Intelligence Bureau (HNIB) to reveal a number of secret informations which occasionally turn out to be true. 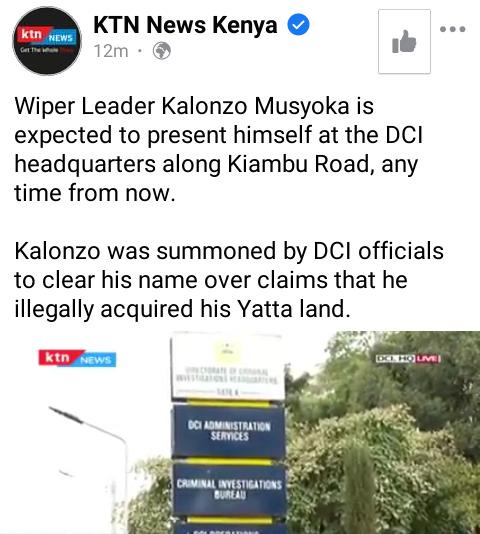