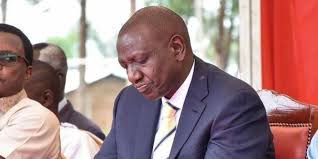 Details of what lawyer Wahome Gikoyo told the British media during the BBC's visit to Mount Kenya in Nyeri County have come to light.

The lawyer Gikoyo, according to the Star, claimed that President Uhuru Kenyatta had abandoned William Samoei Arap Ruto, his deputy president, who had assisted him for ten years in winning the last two elections in 2013 and 2017. Raila Amolo Odinga, a former prime minister, was the opponent at the time

According to the Star, the well-known attorney claimed that deputy to President William Ruto was responsible for the illegal work in 2013 and 2017, and that he would not have become Kenya's fourth president without Ruto Uhuru. 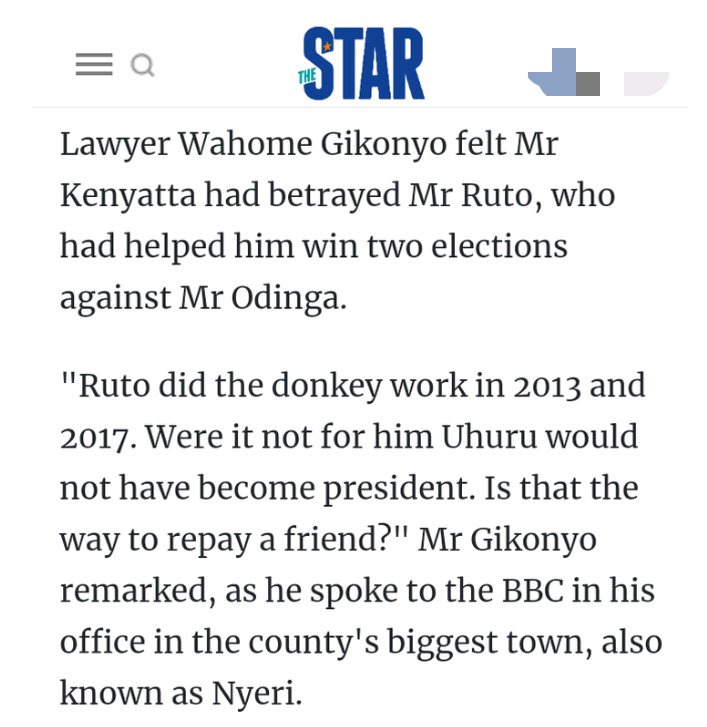 Deputy president William Ruto performed a menial task in 2013 and 2017.William Samoei Arap's contribution to Ruto Uhuru's election as president was crucial. At his office in Nyeri, Mr. Gikonyo says to the BBC, "Is this a way to pay back a friend?"