A new survey rating presidential candidates in the general elections on August 9 has been published by The Star newspaper, which is owned and operated by Radio Africa Group. 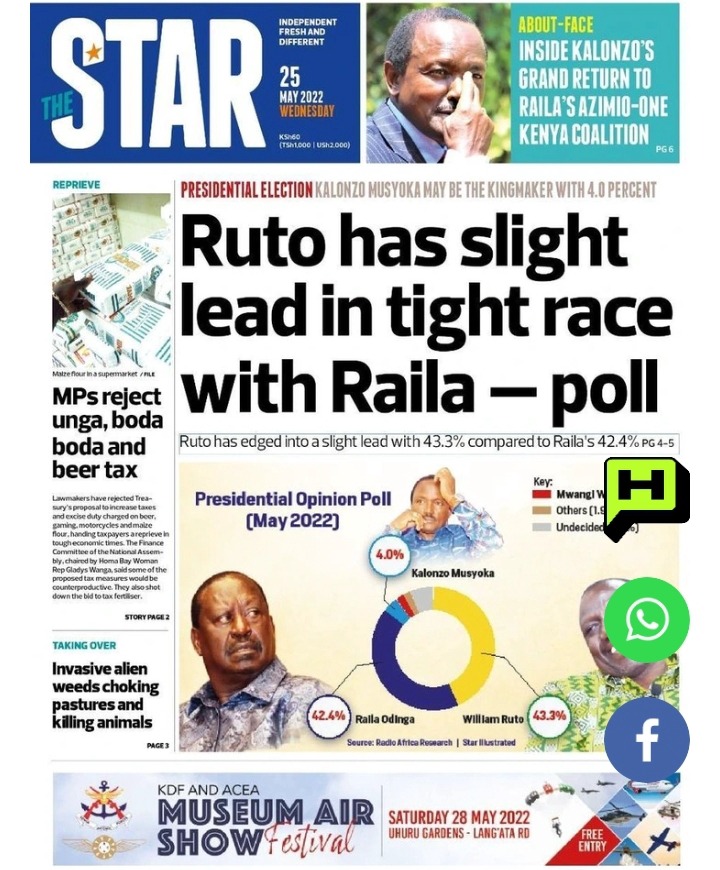 The Star, which is owned by ODM Party Boss Raila Odinga and Deputy President William Ruto, who are both top candidates, were found to be in a close race by surveys conducted by The Star, which were published in the newspaper that was scheduled to be distributed on Wednesday.

According to the results of the surveys, Ruto maintains his lead over the other candidates with 43.3% of the vote, but Raila has narrowed the distance and is now in second place with 42.4. Kalonzo Muyoka comes in third place, far behind, with barely 4 percent of the vote. 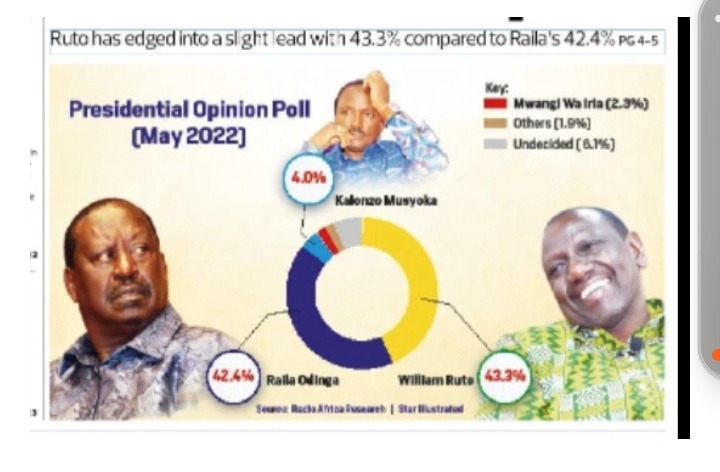 Because of this, Kalonzo Musyoka has been able to fulfill the position of the kingmaker, preventing Ruto and Raila from achieving the necessary majority of 51 percent. The results of the survey indicate that William Ruto continues to maintain his advantage against Raila in the Mt. Kenya area. 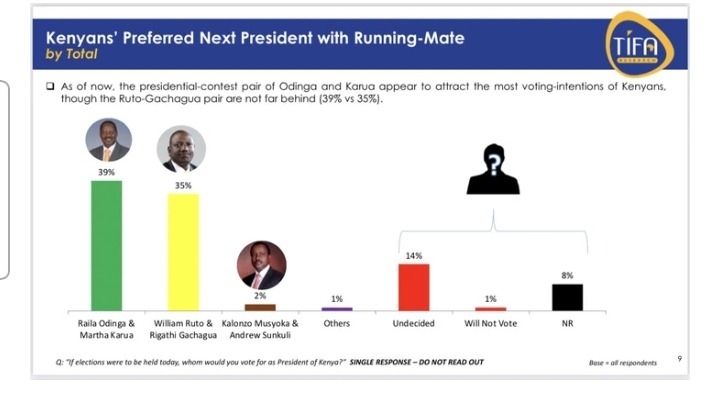 This follows on the heels of opinion surveys conducted by Tifa Research that were similar in nature. According to the results of its surveys, Tifa gave Raila the lead with 39 percent, while Ruto came in second place with 35 percent. Kalonzo came in third place, with 2 percent of the vote.

However, a number of Ruto's friends have questioned the surveys, suggesting that some of the Azimio leaders were behind them.

Why Carrot Is Important In Your Body