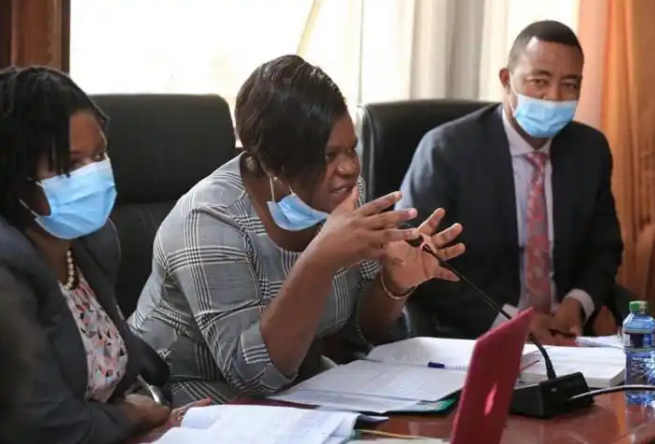 Events that culminated in yesterday’s decision by parliament to reduce fuel prices through getting rid of the extra charges imposed on the commodity didn’t come easy. The National Assembly Finance Committee did a lot of digging below the surface.

More and more details about the ingenious tactics that government officials use to fleece taxpayers and ultimately cause high fuel prices came out.

This follows the outrage that was sparked by the proposed high fuel prices, and parliament’s effort to try and mitigate the surge. While the tactics that were exposed were annoying to listen to, they were also admittedly impressive.

The illegal techniques that are employed show a high level of mastery and involve a number of players, from international shipping lines to officials from the petroleum ministry.

Demurrage is the charge that is based on the time a vessel takes to offload fuel at the Mombasa Port Kipevu Oil Terminal (KOT) for storage by Kenya Pipeline Company.

EPRA had told the committee that the Ministry of Petroleum had given a policy directive which required importers discharging fuel at the Shimanzu Oil Terminal or any other private jetty to be paid demurrage charges for 10 days after the lapse of the 48-hour time frame beyond which importers are required to foot the expenses.

With the existing charter imposing a USD45,000 daily rate for vessels not cleared within the agreed timeline of 48 hours, Kenya Pipeline Company (KPC) spends an estimated Sh110 million monthly to clear demurrage charges for delayed vessels.

It was unearthed that government officials sometimes collude with shipping vessels so as to keep them at the Port for many days and have them demand high figures in compensation. They then split the amount paid later on through backroom deals.

Because of this, the National Assembly Finance Committee has proposed the capping of the number of days within which shipping vessels offloading fuel must be discharged to address spiraling demurrage charges which partly contribute to the high cost of fuel.

The parliamentary committee chaired by Homa Bay Woman Representative Gladys Wanga however did not submit a legislative framework to achieve the proposal, instead recommending the adoption of a policy directive by the Ministry of Petroleum and Mining.

“The number of days that a ship can stay at the KOT be specified as is the case with Shimanzi Oil Terminal in order to reduce the amount of demurrage paid per ship,” the report recommended.

“The fuel pricing formula be amended to make demurrage a standalone factor of calculation of the price of fuel as opposed to the current scenario where it is factored in the landing costs,” stated the report.

A Complete Side, See How Chelsea Could Line Up Next Season With Five New Signings