By Collins_Dudi (self media writer) | 1 year ago 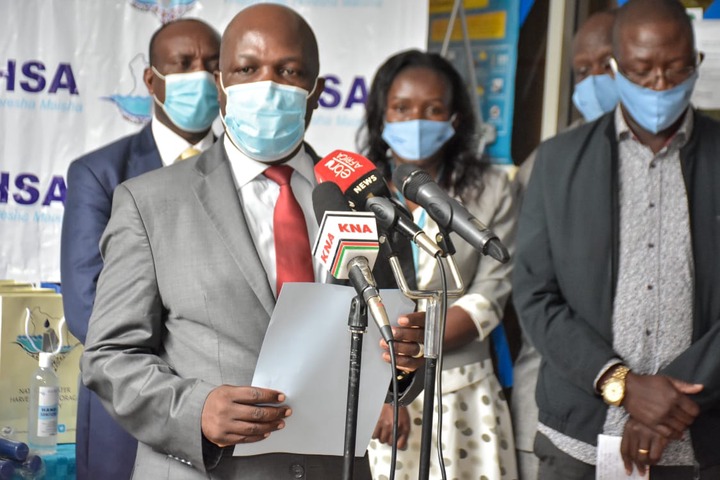 The Kenyan government is set to kick off the construction of a multi-billion purpose dam between Kericho and Kisumu counties.

On Wednesday, June 10, National Water Harvesting and Storage Authority chairman, Chief Executive Officer Sharon Obonyo, Board Members Walibengo Waningilo, Jane Mwikali, and high ranking officials held a meeting with Kisumu County deputy governor Dr. Mathew Owili in his office where they deliberated on several issues including challenges and experience. While addressing the media on Thursday after the meeting, Mr. Okeyo noted that the National Treasury had already approved Shs 5 billion to commence the construction.

He added that another Shs 15 billion will be availed after the approval of Supplementary Budget by the National Treasury October this year. Okeyo also hinted that at least Shs 2 billion will be used to compensate landowners, revealing that about 206 parcels of land will be affected in Kisumu County as 110 in Kericho County.

"You can see the economic ripple effect that our counties stand to benefit," said Okeyo.

Kisumu county deputy governor Dr. Mathew Owili who read governor Anyang' Nyong'o's speech on his behalf said the multipurpose dam will not only address the issue of flooding but will also drive the food security agenda of the region by supplying water for gravity irrigations in the whole belt stretching from Muhoroni, through Nyando to Nyakach and Kisumu East.

He noted that the county government of Kisumu will work together with NWHSA to ensure that the dam is timeously delivered. However, he pleaded with the political class to shun politicizing the project, encouraging them to support it to enable residents to benefit from it.

Content created and supplied by: Collins_Dudi (via Opera News )

Is It Going to Be a Three-horse Race for Kitui Gubernatorial Seat?