Deputy President William Samoei Ruto is among the Kenya's top political brass who have boldly announced their intentions to succeed President Uhuru Muigai Kenyatta when his term comes to an end come August this year.After seemingly falling out with President Kenyatta and the rulling Jubilee party,Ruto has settled on,rebranded and put on the road his United Democratic Alliance party.UDA party has received massive support Countrywide with latest opinion polls affirming it as one of the most popular political parties in Kenya today. 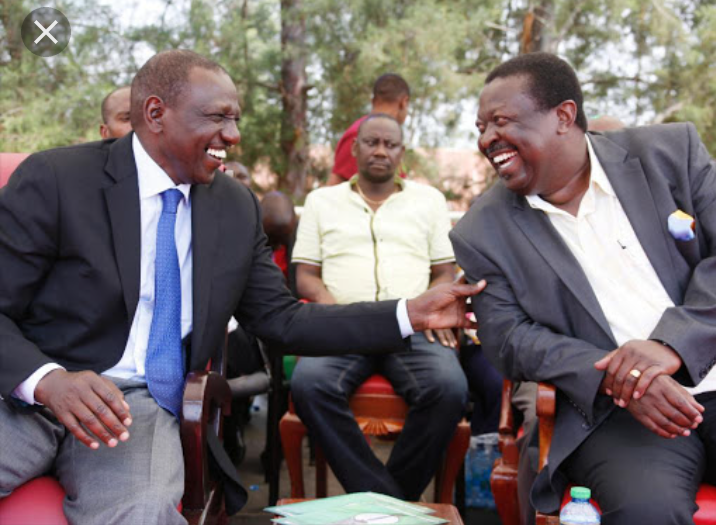 With his eye firmly fixed at the presidency,the only anthill task ahead of the second in Command is the choice of presidential running mate.It has been highly perceived that Mount Kenya is the highly touted region to play a second fiddle to the man from Sugoi.In the recent past,all indications were that Ruto may pick his second in Command from the vote-rich region.What seems to have complicated matters for the Mountain is the entry of Amani National Congress Party Leader Wycliffe Musalia Mudavadi to Ruto's presidential gameplan.

Above being the case,a new opinion poll by The Star Kenya on Thursday has established that Mudavadi is the best person to be Ruto's running mate come August this year.Mudavadi was chosen by 32.5% of the respondents followed by Mathira MP Rigathi Gachagua with 28.6%.Narc Kenya party leader Martha Karua became third with 28,% with Ann Waiguru becoming fourth with 10.9%. 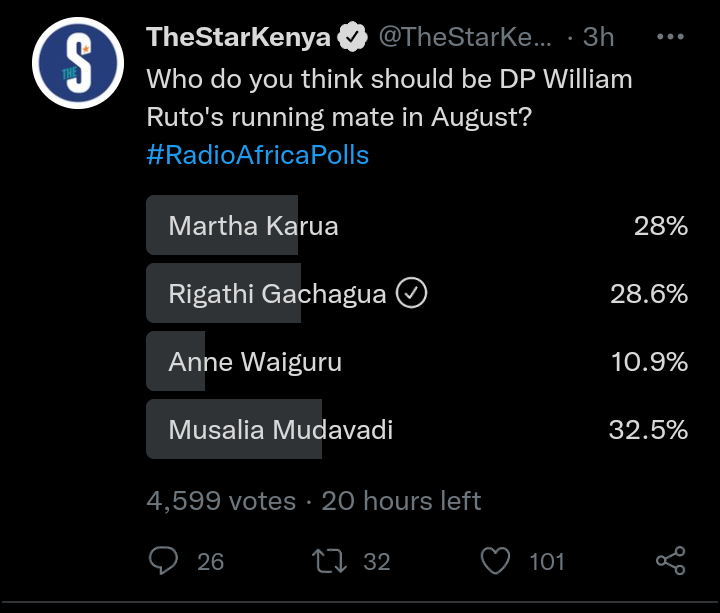 From this latest poll,it is quite clear that most Kenyans prefer Mudavadi as Ruto's running mate, something that is likely to kill the mushroomed perception that Ruto's second man is likely to come from Mount Kenya region.