By Felicis-Marshall (self media writer) | 1 month ago 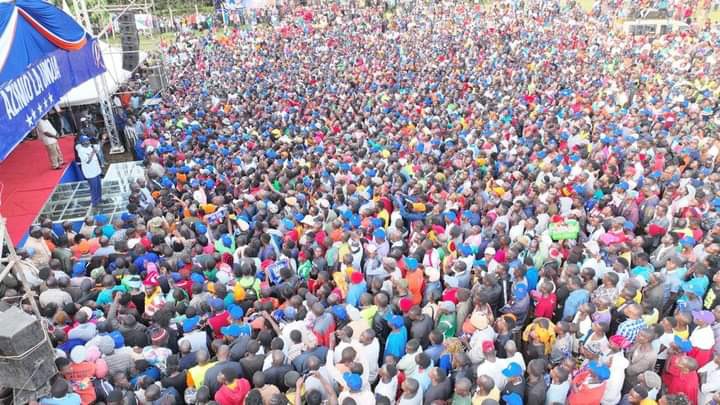 Political temperatures have been on the rise across the country ahead of the coming general elections slated for August. This is especially after the two top presidential candidates chose their running-mates to woo more votes from the common citizens who are the majority of voters. 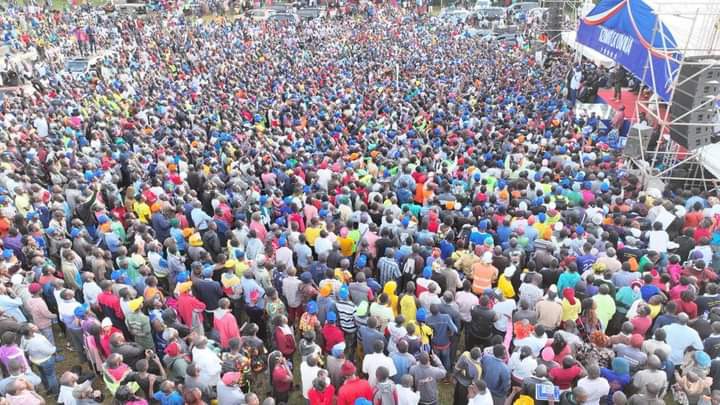 Barely a month has passed since the Azimio la Umoja flag-bearer and the Orange Democratic Movement (ODM) party boss Raila Odinga chose Martha Karua as his presidential running mate. Raila's popularity has been growing rapidly not only across the country and East Africa but also across Africa at large.

The former Prime Minister's rising fame is not only by being the Special Envoy for the Africa Union (AU) in charge of infrastructure but also because of his peace and unity message to supporters. One of his key messages to Kenyans has always been uniting the country regardless of political, tribal, religious, geographical, and ethnic backgrounds. 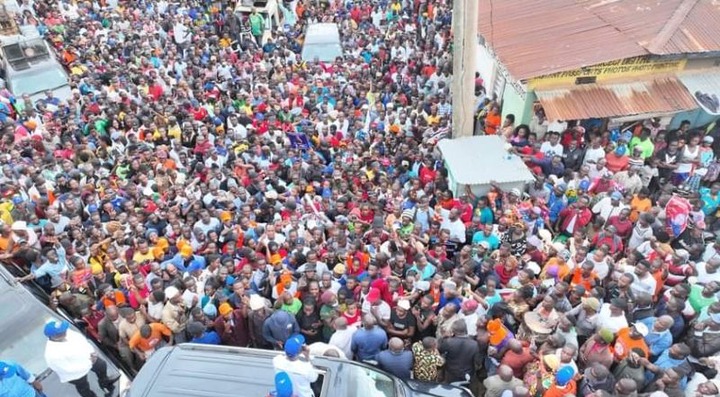 Today the ODM Party leader took his campaign rallies to Vihiga County in the company of hosts of political and religious leaders. The Azimio presidential flag-bearer was welcomed by mammoth supporters in Luanda Town, Vihiga County. 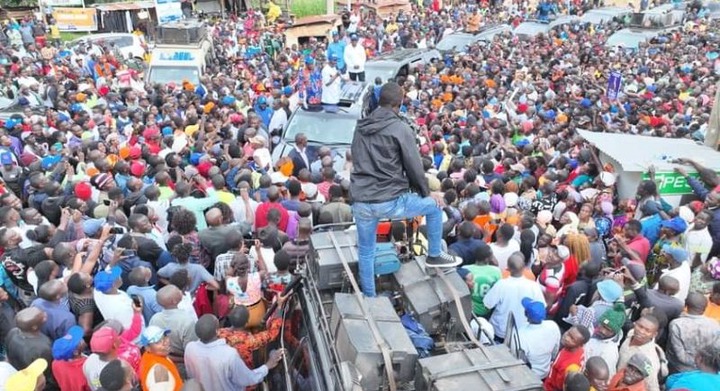 According to the viral video posted by the ODM Party Kenya, the large crowd had left their businesses to listen to what their incoming head of state had brought for them. He urged them to remain steadfast, united, and peaceful in their quest for the third liberation. 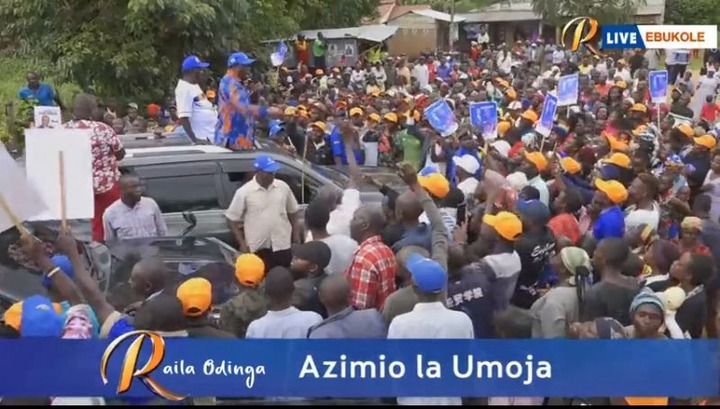 Shortly after the Vihiga rally, the popular presidential candidate took to his official social media pages and updated his mammoths of supporters across the country, Africa, Asia, America, and Europe about the high turnout event.

“Vihiga County, I have felt the love. Ahsanteni sana,” Raila Odinga posted on his Facebook page. 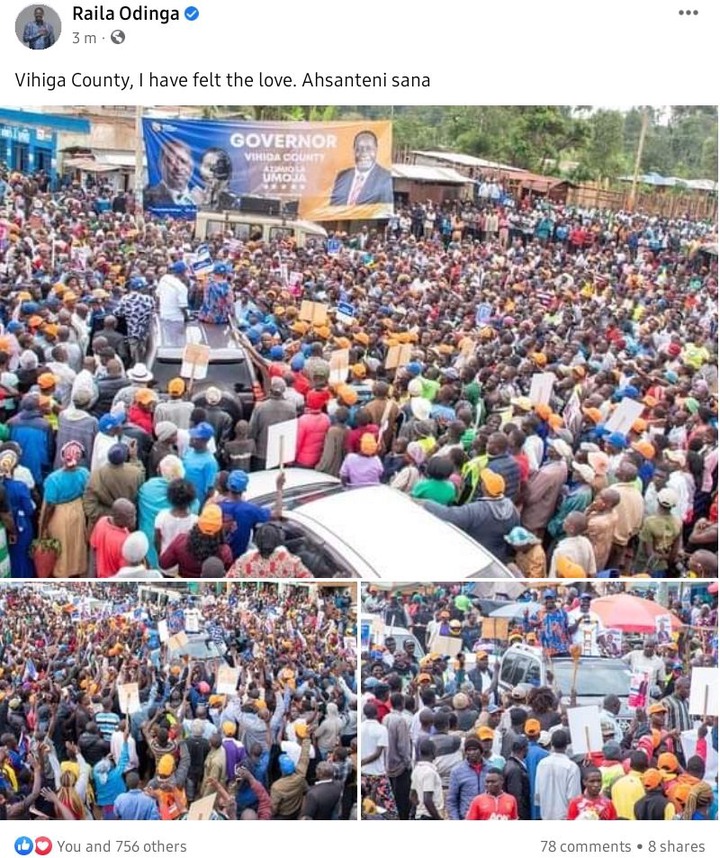 The incident has sparked mixed reactions from social media users with most people arguing that Raila has a great advantage in winning the presidential elections judging from the many supporters he has across the nation. Others have Kenyans. Below are some of the reactions from Kenyans on Facebook: 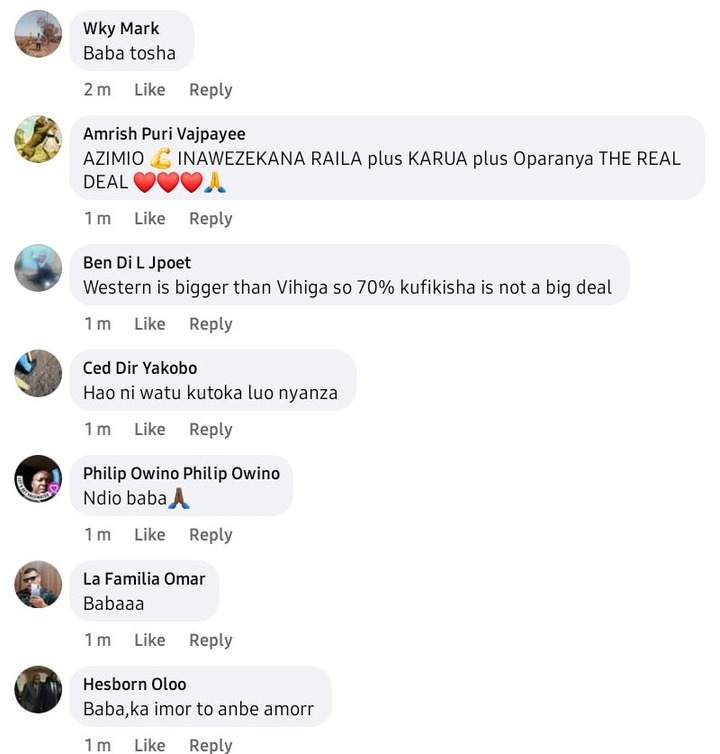 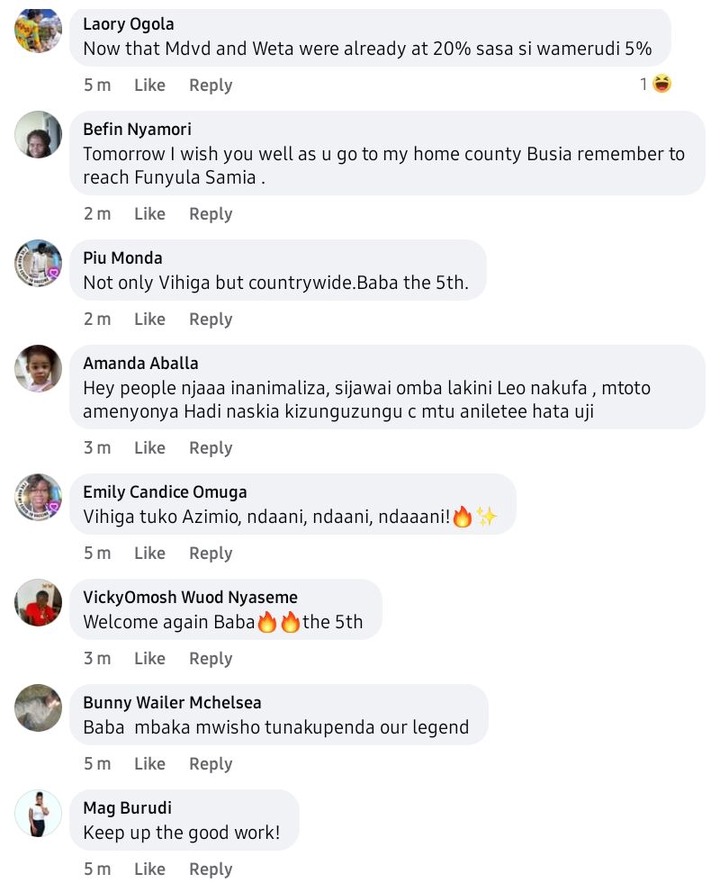 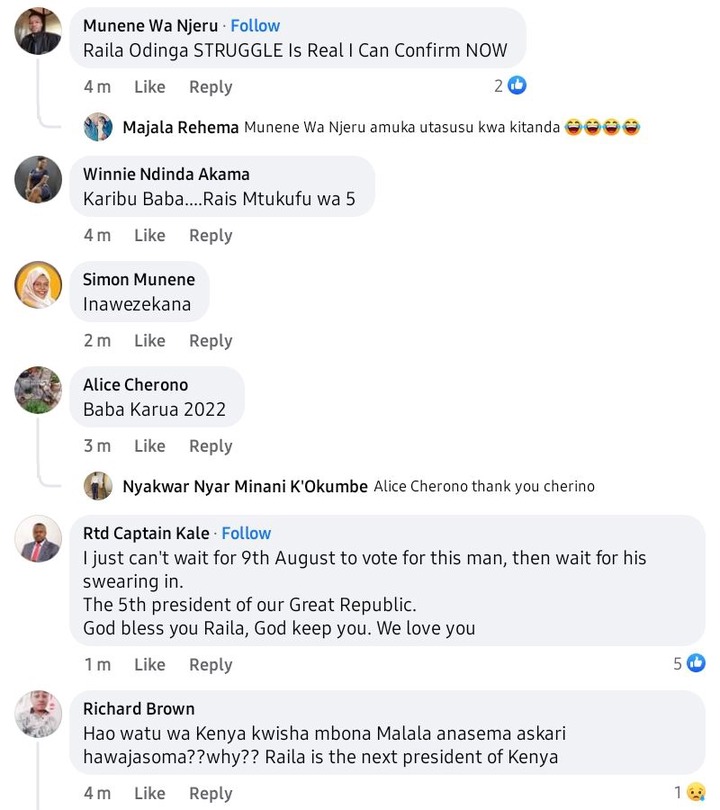 With the many supporters that Raila has, do you think Ruto will manage to get half of Baba's votes in the coming polls? Feel free to share your thoughts and opinions in the comments section below.