Kabogo Speaks of What will Happen in 2022 (Video) 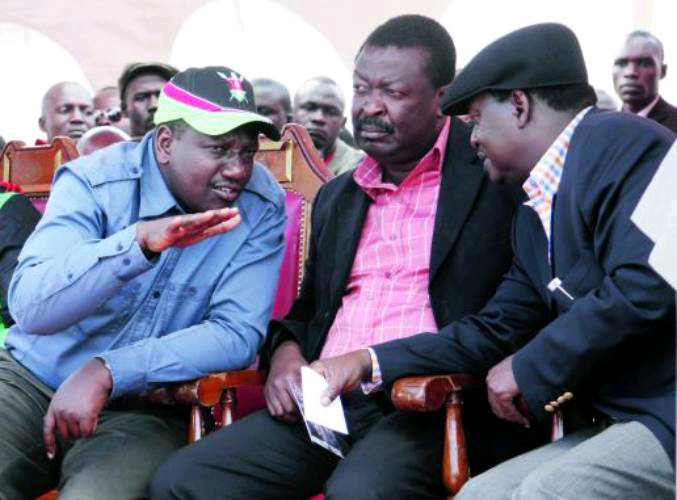 With each passing day that the country draws closer to the general election coming 2022, it is becoming increasingly likely that, for the first time in Kenyan history, there will be no credible presidential contender from the Mount Kenya region next year after Kibaki and Uhuru Kenyatta. The two aspirants between Raila Odinga and William Ruto have worked tirelessly to ensure they get running mates from the region since the region has over five million voters.

Former Kiambu County Governor William Kabogo has thrown a kink in the works by disclosing a detailed strategy to keep the future president, whether it is former Prime Minister Raila Odinga or Deputy President William Ruto, on a tight leash.

Kabogo was speaking on the Citizen TV show Jeff Koinange Live, which was presented by Jeff Koinange himself. June Mohammed, the National Assembly Minority Chief Whip and a member of parliament from the Suna East seat, accompanied him.

Kabogo believes that electing a president with a minority in Parliament is the greatest method for the electorate he speaks regularly basis to ensure responsibility from the next leader. Without specifically naming the Kikuyu community, Kabogo stated that the optimum method would be for the majority voting block to avoid the so-called six-piece voting pattern.

When comparing Ruto and Raila, Raila has more leaders who are active in the government right now.

The election of all six elected representatives on a single party ticket is known as a six-piece.

Kabogo argued that accountability would be ensured by voting for a specific candidate for president but denying him a seat in parliament.

The business people will be among the VIPs at ODM leader Raila Odinga's meeting that will happen in Kasarani Nairobi's in Moi International Sports Centre, where he is scheduled to announce his presidential bid.

Maore went on to say that the announcement would be made later during the day at Kasarani.

On the phone, he added, "I can affirm both."

Raila received a huge boost from the support, as the organization is believed to have a sizable financial war chest.

Raila's event is scheduled to attract at least 2,000 elected representatives from all sides of the political spectrum countrywide.

The meeting will start as from 10 am till 4 pm thank you for reading this article.