By Kimz_hub (self media writer) | 1 month ago 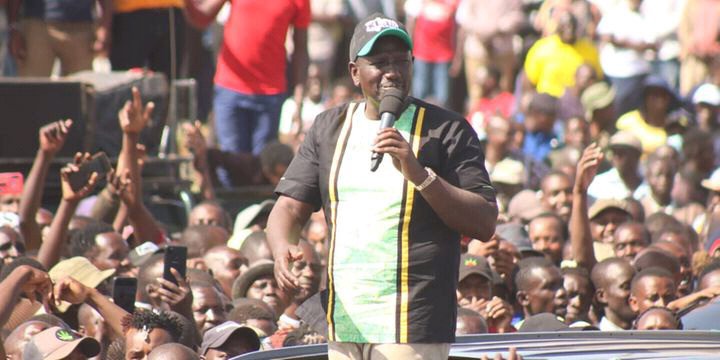 Deputy president William Ruto has just been informed that he was elected on August 9 for reasons other than love and admiration.

According to IEBC chair Wafula Chebukati, Ruto won the day by defeating three other candidates, including his main rival Raila Odinga.

Ndungu Wainaina of the International Center for Peace and Conflict says that Ruto was chosen not out of love but rather out of need for relief.

He claims that Ruto's bid came at a period when political dynasties were dominating the political scene, which Kenyans were attempting to escape.

He believes that once the exit is made, Deputy president is a new face who doesn't have a relative in the political arena, thus he was viewed as the best option.

He worries, though, that Ruto might not be able to stay there for very long because he was only a temporary solution while Kenyans looked for someone else.

He was referring to Raila and President Uhuru Kenyatta, who was the son of the founding president Jоmo Kenyatta and his first deputy, Jaramogi Oginga, and who had risen to block Ruto from the top seat.

He adds that the other reason Ruto was chosen over Raila was because of his decision to stand on his own and distance himself from the government. 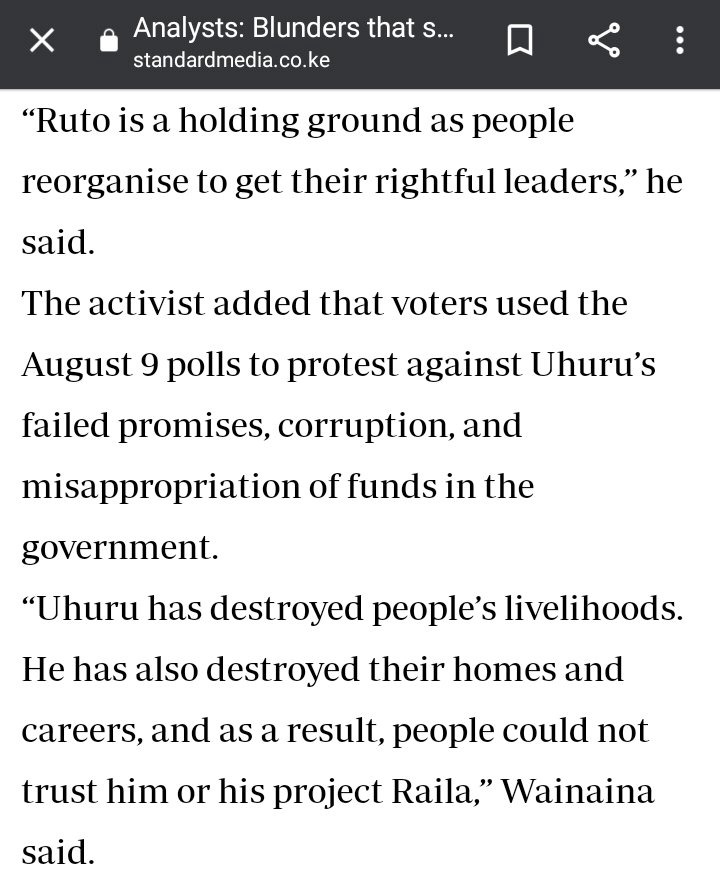 For him, Kenyans had already grown weary of Uhuru's reign and believed that Raila's would be a continuation of the same, thus they made the decision to revolt.

He argues that as a result, people decided to vote against Raila in order to prevent Uhuru from gaining the opportunity to continue imposing his policies on them.

But Raila has insisted that he never lost and has claimed that his victory was actually manipulated. He is therefore planning on promoting the outcome.

Content created and supplied by: Kimz_hub (via Opera News )