By RTCUpdates (self media writer) | 5 months ago 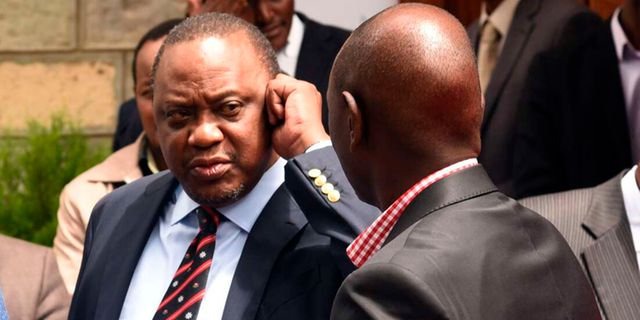 However in his speech, President Uhuru failed to congratulate Ruto despite the win from the Supreme Court against the petition filed by Raila Odinga who was Uhuru's preffered successor.

Kabando Wa Kabando has sent a message to President Uhuru urging him to come out and congratulate Ruto so as to show dignity in defeat despite his preffered candidate losing.

He has claimed that President Uhuru rejected advice to keep off the 2022 politics of succession and he should act and congratulate Ruto since he deserves a quiet, respect in retirement and having done his part, he should move on.

"Rais Uhuru, Sir: Raila congratulated you upon 2013 SCoK ruling. Raila joined you 2018. Undeniably, UhuRUTO made you President 2013. You rejected our advise to keep off 2022. Common decency, gratitude, courtesy, STATESMANSHIP demand that you now congratulate President WSR. Do it. You deserve quiet, respect in retirement. You've done your part, now time to move on. Don't rub it in again. Don't give your haters reason to ever humiliate you. Kenya has favoured, privileged you in a most special way. Show honor, humility, dignity in defeat," Kabando Wa Kabando said.