Meet Bishop Who Wanted To Be Kenya’s President

By Ridhaa (self media writer) | 9 months ago 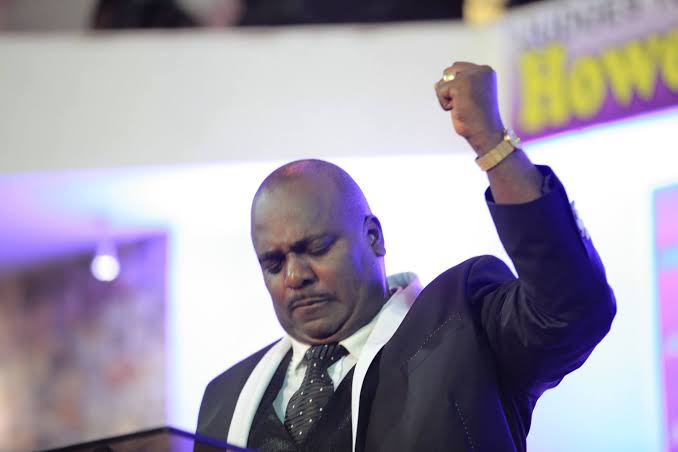 Pastor Pius Muiru of the Maximum Miracles Center is one of the most popular men of God known in the country having served for many years in his ministry.

The Maximum Miracle center Pastor is not new when it comes to the country’s religious and political circles. Known for his miracles at the Maximum Center, Pastor Muiru boost as one of the country’s experienced men of God. The pastor has a thousands of followers across the country.

In 2007 general election, Pastor Muiru shocked many when he declared an interest in the presidential election. Riding on his prophetic and religious fame, Muiru said that he was fit to be the country’s president,Muiru who called on followers to support his campaign said that he had the solutions to the country’s problems by then.

He contested against big names like ODM leader Raila Odinga and former President Mwai Kibaki. The pastor riding on his Kenyan People’s Party emerged fifth in the later disputed presidential election that led to post-election violence resulting to loss of lives, destruction of property and displacement of people.

At the heart of the disputed presidential election, Muiru was, however, among religious leaders who championed for unity and called for a truce between Raila and Kibaki to end the chaos.

The Pastor then went into silence opting to continue with his evangelical work at the Maximum Miracles center.

Pastor Muiru is not the first preacher to have tried venturing into politics. Jesus Is Alive Ministries Bishop Margret Wanjiru successfully ventured into politics in 2007, winning the Starehe Parliamentary seat. Wanjiru, however, lost bid for Nairobi senate seat in 2013 and the governor seat in 2017.

"Nimeamini" DP Ruto Speaks After Being Told By West Pokot Residents Which Side They Are On.

Bomet: Governor Barchok Ahead Of Isaac Ruto In Opinion Polls

Mutula Kilonzo Jnr Finally Spills The Beans, Exposes Who Witnessed The MoU Between Raila And Kalonzo