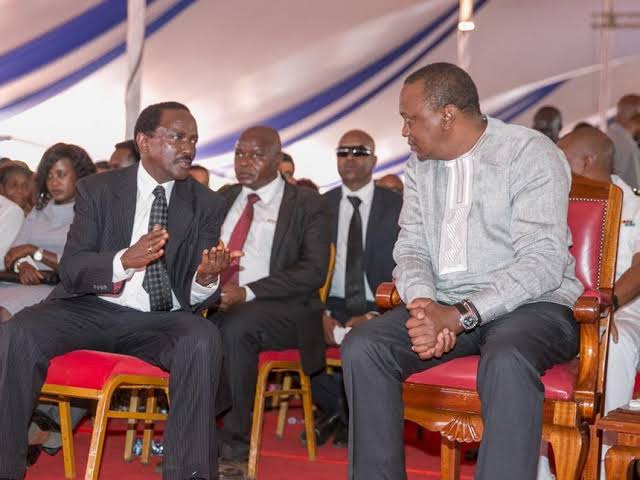 The Former Vice President Kalonzo Musyoka has revealed how President Uhuru Kenyatta reacted after informing him about the death of his long friend, Former Kibwezi MP Kalembe Ndile.

Speaking at Ndile's home in Mbui Nzau, Kibwezi, Kalonzo stated that he first called the president, but his call was snubbed, before he decided to send him a text. He added that Uhuru did not even take a minute before calling Kalonzo to re-affirm contents of his text message.

"When I informed president Uhuru Kenyatta that Kalembe Ndile had rested, he was in shock. He did not believe it. He first did ignored my calls but I texted him. I think it is good to have a president who can reply to your messages. He was like, "Stephen, what are you telling me," then I told him it was true," said Kalonzo. 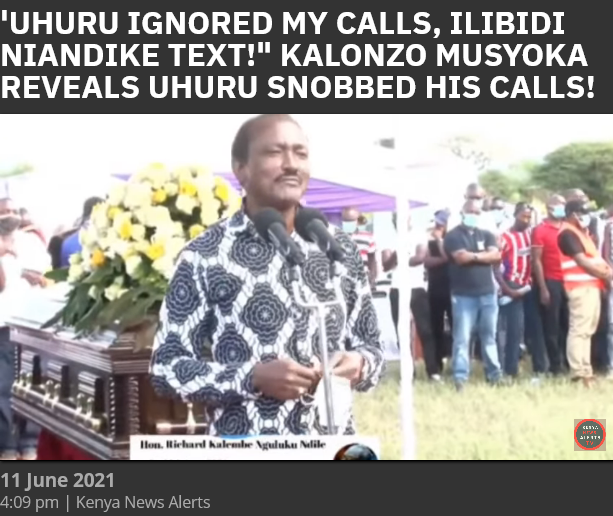 The Wiper Movement party was tasked by the president to read his speech at the former MPs burial.

Yesterday, during a requiem mass at the Holy Family Basilica in Nairobi, the president termed Ndile as a selfless servant who championed for the needs of Kenyans and especially residents of Kibwezi constituency.

"Wivu tu" Comrade triplets fires back to a popular TV presenter after she criticized their pranks.

'' Quit the Mathare Race, Azimio Will Give You a Job'' Sifuna Message to Bahati