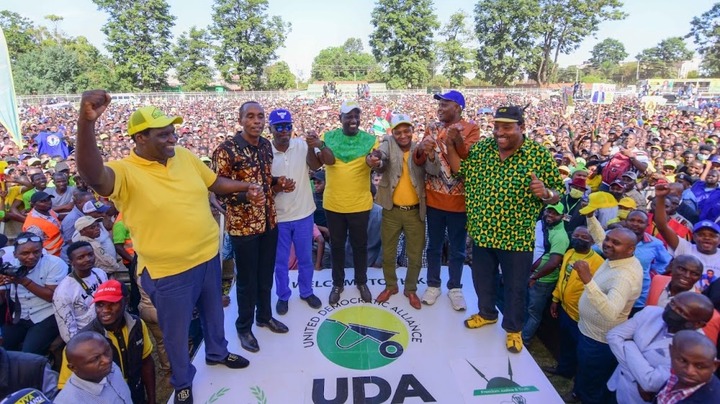 DP Ruto's grave mistake was an attempt to politically neutralize his boss, President Uhuru Kenyatta. That violates all of the Laws of Power. He aimed and missed. That was a deadly fault.

It is evident DP Ruto is currently struggling for political air possibly due to some reasons. They may all be lumped under the umbrella of the 'Mt Kenya Rebellion of 2022.'

Ruto worked tirelessly to construct what he felt was an invincible fortress in the Mt Kenya area. He was hardly successful. 'Hardly' is an operational word. Then, all of a sudden, he's seen as time's winds undermined his once firm grasp on the Mountain. 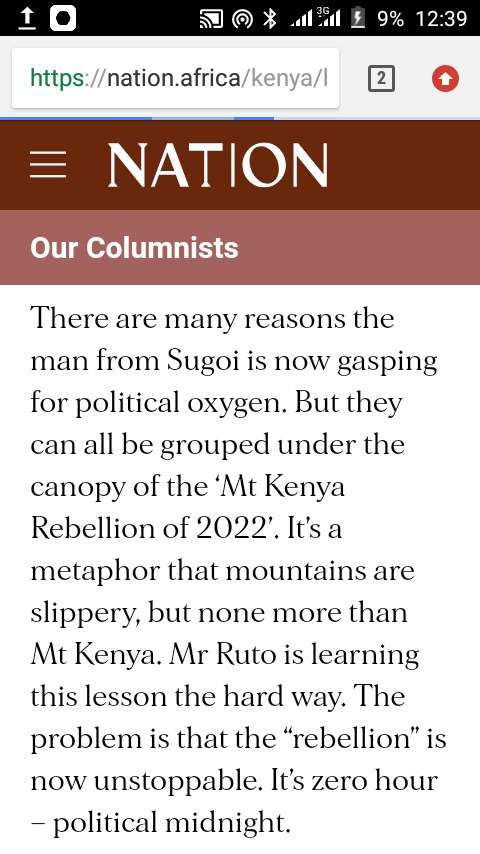 Mt Kenya epitomizes the concept that mountains are slippery. Mr Ruto is finding out the hard way. The issue is that the "opposition" has become unstoppable. It's zero hours, often known as political nightfall.

Dressing Down a King

Ruto has openly lashed out at the president, saying that "when the president is the one who is giving us lectures on who to investigate, arrest, charge but some untouchable," the entire process has devolved into institutions worshipping the powers that be rather than delivering on the mandate.

Ruto stated that if he were president, he would not defend his supporters, friends, relatives, and allies, "not even myself." 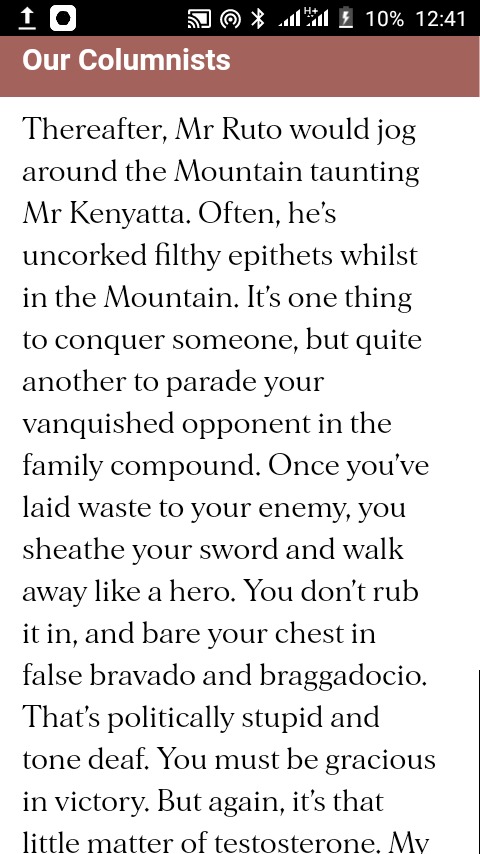 According to all sources, Rigathi was rejected by almost all Mt Kenya MPs.

They informed him that the old district officer was poisonous, impolite, and domineering. However, it appears that Mr Gachagua was either influenced by Mr Ruto's "foundations" or desired a deputy who resembled him. Mr Ruto announced his choice of Mr Gachagua after several days of a political telenovela at his Karen official residence.

Mr Ruto, on the other hand, is a worthy political rival. He's a calculated and strategic politician. Mr Ruto would crawl out from behind the rock if there was Noah's flood and everything was destroyed. Unfortunately, his nine lives are coming to an end at the Mountain.

IEBC Official Shot After Being Kidnapped, Ordered to Change Form 35A in Favor of Another Candidate

Ruto's Ally Reacts To Chebukati's Postponement Of Elections As He Slams DPP For Being Silent.

Azimio's Lobby Group Breaks Silence As They Accuse Chebukati Of This