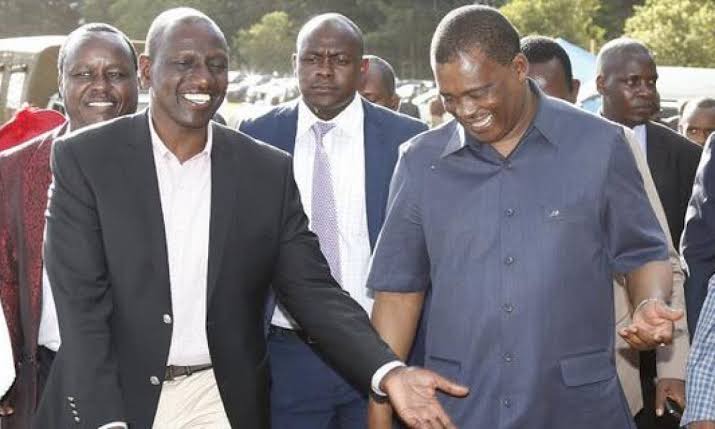 National Assembly Speaker Justin Muturi may be collaborating with Deputy President William Ruto ahead of next year's general elections, according to allies of President Uhuru Kenyatta in parliament.

In public, the former Siakago MP has portrayed himself as an independent man vying for the presidency in next year's election, which allies of the President have now proven is not the case.

According to The People Daily, he is silently dining with Ruto, another presidential candidate, and may support him in 2022, and has now begun a plan to deal with him early.

The plan, according to the paper, is to oust him from the position, a plan that allies of the Speaker have also learned about and confirmed to the paper, but which they believe will work in his favor rather than against him. 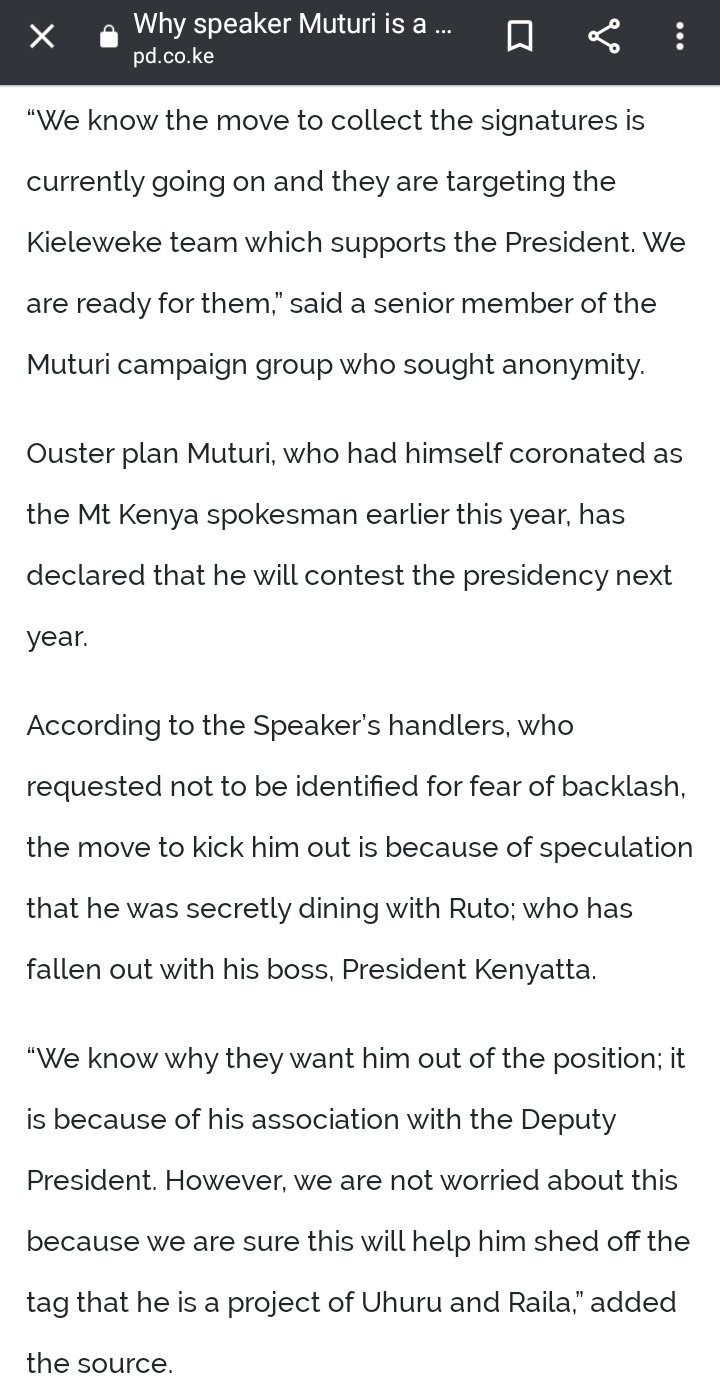 "We know why they want him out of the job; it has to do with his relationship with the Deputy President." "However, we are not concerned because we are confident that this will help him shed the label that he is a project of Uhuru and Raila," a source said.

The plan to evict him is allegedly being led by top Jubilee leaders in the National Assembly and has reached the signature collection stage.

However, they have denied harboring any such plans, as have most vocal lawmakers from the President's camp, who have all denied being a part of the plan or even knowing anything about it.

When asked for their thoughts on the matter, Kieni MP Kanini Kega and Ndaragwa's Jeremiah Kioni both declined.

The news comes about a month after Muturi chastised the President for his leadership style and treatment of Ruto allies. He is rumored to be vying for the role of Ruto's running mate next year.

According to the paper, his position will be used as bait as Jubilee attempts to entice opposition parties to join its planned merger with ODM.

Huge Blow To Ruto As A Coastal MP Dumps Him For Raila, Says Azimio Will Form The Next Government