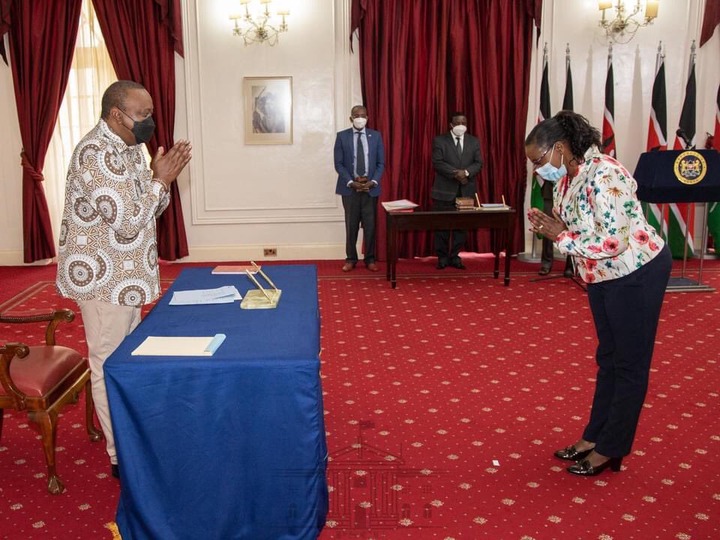 President Uhuru Kenyatta's adminstration has often been criticized by its critics for the current runaway corruption that has bedeviled it. The calls for reforms have intensified especially now that the Jubilee adminstration's mandate is coming to an end.

And now, criticism has now been launched from within as the Chief adminstrative secretary (CAS) in charge of Public Service Beatrice Elachi has come out to launch criticism at the same government she serves in.

In an interview with KTN news, Beatrice Elachi pointed out that one of the blunders committed by president Uhuru Kenyatta's adminstration is the issue of runaway corruption that has been the hallmark of the Jubilee adminstration especially in the first term in office.

She says that between 2016 and 2017, the Government thrived in massive corruption and launching of non existent projects which she termed as white elephants. 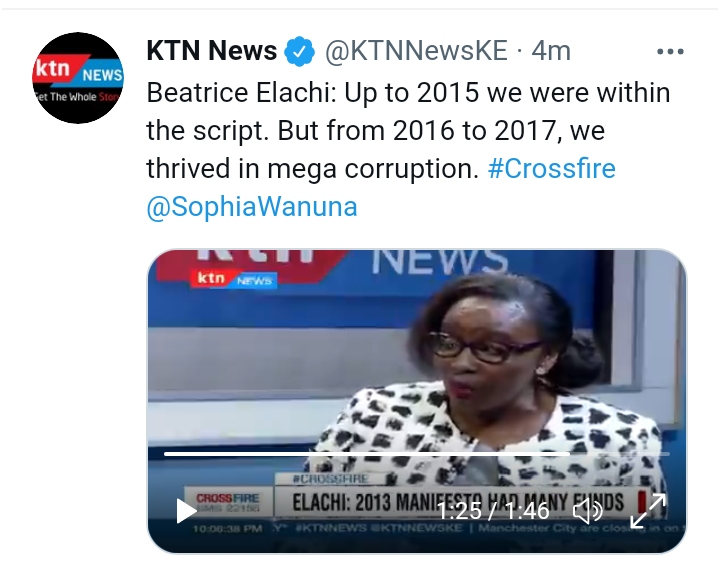 She however noted that before then, the government was doing well before it Started its nosede within the one year period she stated.