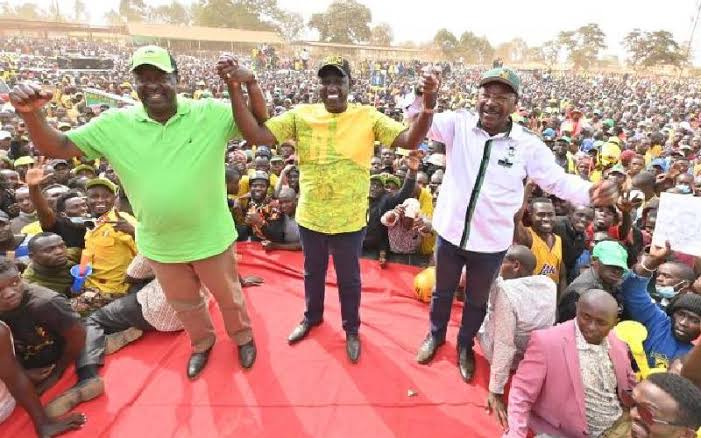 Ruto had a deal with Moses Wetangula of Ford-Kenya and Musalia Mudavadi of the ANC during the campaigns to get 70% of the vote in exchange for a percentage of the Kenya Kwanza government if the coalition won the election.

According to information obtained by Kenyans.co.ke from the Independent Electoral and Boundaries Commission (IEBC) Ruto was in second place to Raila in four of the Western region's five counties. They live in the Busia, Kakamega, Trans-Nzoia and Vihiga regions.

Ruto received 255,907 votes or 63.16% of the vote in Bungoma, defeating the former prime minister who received 145,240 votes. Wetangula has a stronghold in the county, and surveys showed that he had won the Senate seat. 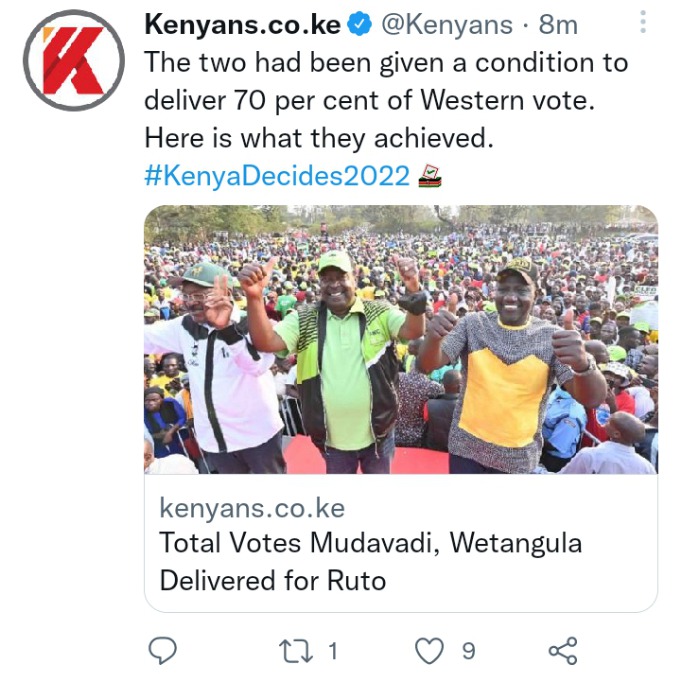 JUST IN: US Government Announces Ksh 120M Reward to The Following Kenyans, Check If You one of Them