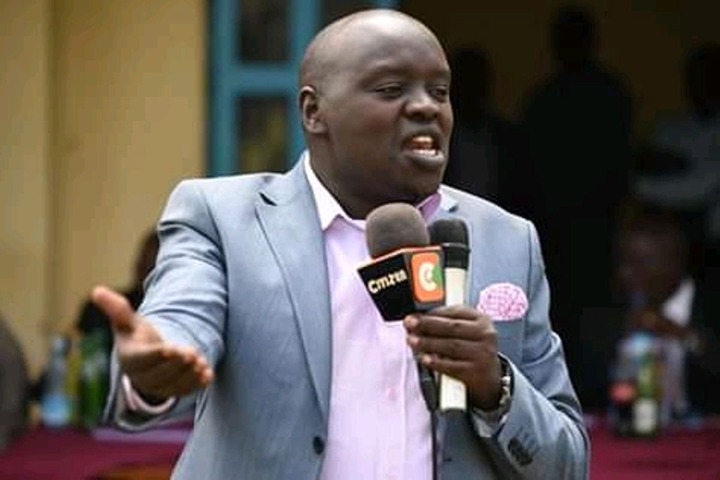 Nandi county senator Honourable Samson Cherargei has now sounded a warning to all state agencies and various officers on how they should interact with newly elected Deputy President Rigathi Gachagua.

Taking to his Twitter account on Monday evening, the vocal United Democratic Alliance party lawmaker has now revealed that a leader of Rigathi's caliber should not be responded to on social media.

According to Cherargei, the state agencies should use other channels that are not related to pressers or social media when responding to Deputy President Rigathi Gachagua. 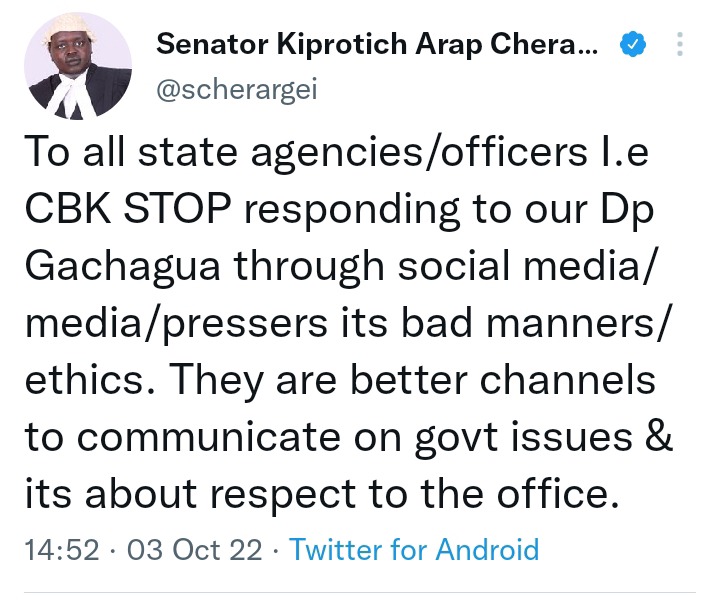 "To all state agencies/officers I.e CBK STOP responding to our Dp Gachagua through social media/media/pressers its bad manners/ethics. They are better channels to communicate on govt issues & its about respect to the office,"said Samson Cherargei.

The sentiments by the senator comes after Central Bank of Kenya (CBK) "corrected" Rigathi's allegations that there was foreign crisis in the country.

While on a local television interview, Rigathi claimed that Oil importers were struggling to get foreign currencies for the imports due to past policies in the previous regime. 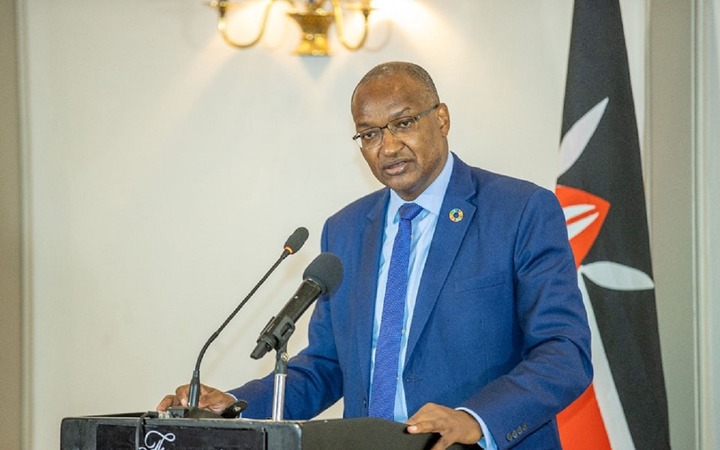 However, CBK responded by maintaining that they do not supply foreign exchange for transactions unless for the national government.