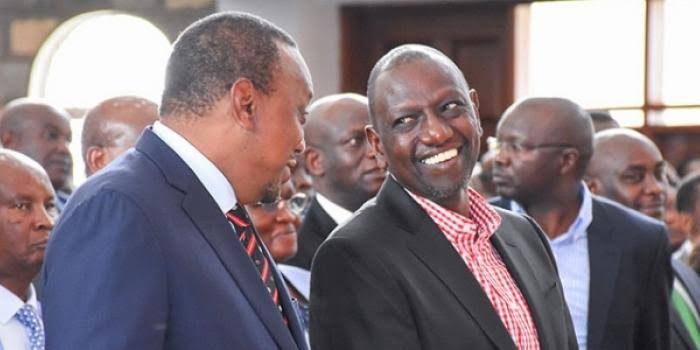 Irungu Kang'ata, a senator representing Murang'a, claims that there is a possibility that President Uhuru Kenyatta is covertly backing DP Ruto's campaign for the presidency.

According to Kang'ata, he once asked Deputy President William Ruto if President Uhuru Kenyatta is secretly supporting his bid for the presidency, but DP Ruto never answered his question but smiled at him.

Kang'ata also claims that there are many examples that have demonstrated that President Uhuru Kenyatta may be assisting DP Ruto in winning the presidency. Kang'ata says this evidence has been shown.

One of these, according to him, is why prices of important products are increasing two months before the next general elections, despite the fact that Uhuru is aware that this aids the opposition (DP Ruto).

He goes on to say that DP Ruto has gained even more support as a result of Uhuru's decision to crack down on DP Ruto's associates by utilizing the DCI and to remove DP Ruto's security, and that the President is aware of this as well,that it makes DP Ruto popular. 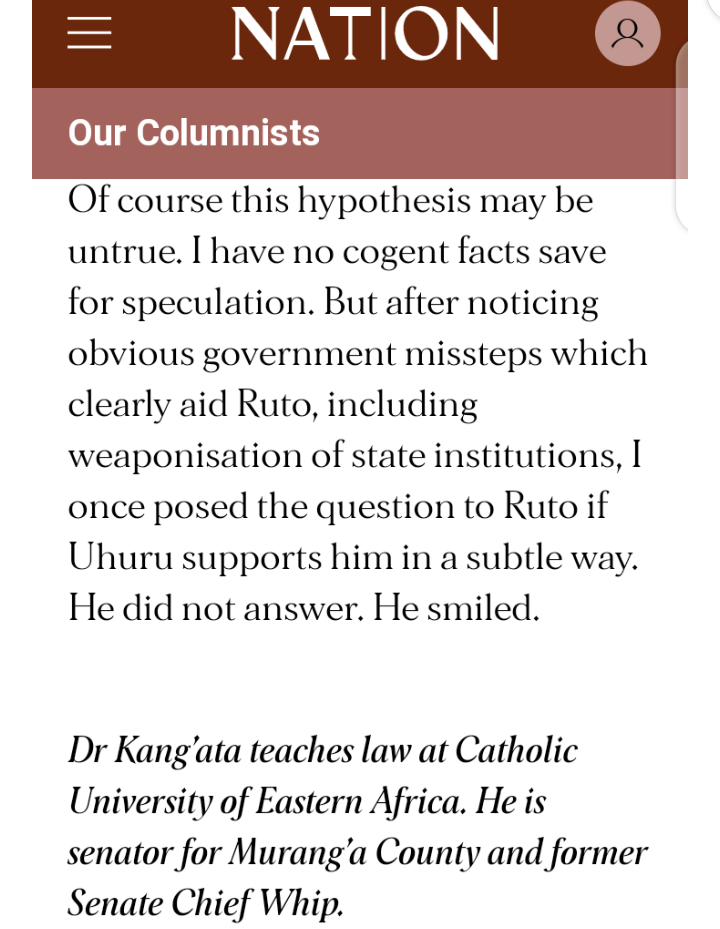 He also stated that some of President Kenyatta's closest friends, such as National Assembly Speaker Justin Muturi, are supporting DP Ruto's candidacy for the presidency. This further demonstrates that DP Ruto and President Uhuru Kenyatta could be working together secretly as per Kang'ata.