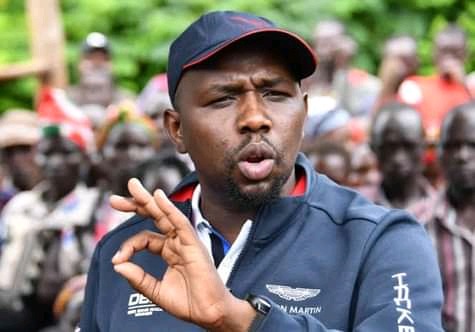 Elgeyo Marakwet Senator Kipchumba Murkomen has blasted President Uhuru Kenyatta over his "very long" speech during the State of the Nation Address in Parliament on Tuesday.

In a tweet, the former Senate Majority leader said that, in future, Parliament should consider coming up with a law that will cap the amount of time that the Head of State should take while making his State of the Nation Address.

According to the Murkomen, as per the words of former British Prime Minister Sir Winston Churchill, " a good speech should be like a woman's skirt".

In his address to the joint sitting of the two houses of Parliament, President Kenyatta highlighted his achievements since taking over the reigns of power in 2013.

In what was his eighth address to the nation as President, Uhuru took credit for some of the things his Government has been able to achieve, including doubling the country's GDP and expanding Kenya's infrastructure.

It is no doubt that highlighting his economic scorecard consumed much of the President's time.

At one point, he himself complained of fatigue, apparently, as a result of a very long written speech.