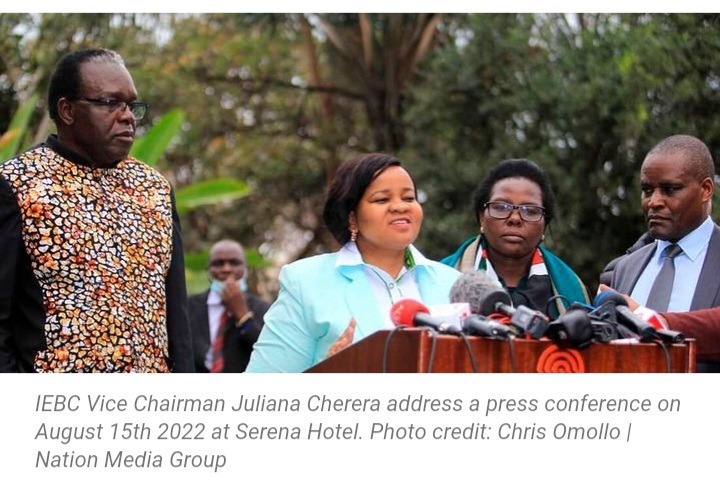 Addrressing journalists from the Serena Hotel the four have argued that the chairman, Wafula Chebukati, overruled them and maintained that he will declare the results despite concerns they raised.

They also argued that the final tally of the presidential election results was not given to them before the commission for processing.

The four IEBC commissioners held a surprise press conference at Serena Hotel, Nairobi, where they said they will not take ownership of the results that will be announced by chair Wafula Chebukati.

The commissioners, including vice chairman Juliana Cherera, commissioners Francis Wanderi, Irene Masit and Justus Nyang'aya,indicated that the results were arrived at in an opaque manner, without transparency.

DP Ruto was announced the winner of the hotly contested polls after garnering 50.49 percent of the vote against Raila Odinga's 48.85 percent.

Just In: Sad News As Ebola Outbreak Case Is Suspected In Kakamega.

James Orengo Alleges The Mistake That Judiciary Is Doing, Sends A Message To Koome and Mwilu