Ruto says as he welcomes Mutua"/>

Machakos Governor Alfred Mutua is set to run for an elective seat on August 9, general polls.

According to reports, the Maendeleo Chap Chap party leader will is seeking the Mwala parliamentary seat in the next polls. This is after his second term as a governor comes to an end in August.

According to Daily Nation, the news was confirmed by an electoral commission filing. This means that Mutua will now face off with Dr Ruto’s UDA candidate and the incumbent Vincent Musyoka alias Kawaya for the seat. 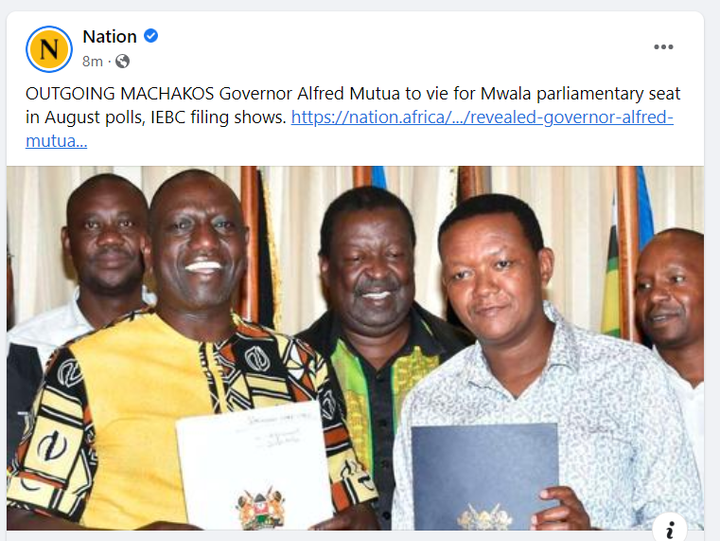 This is seen as a good gamble for Mutua, who has already been promised a cabinet post in Ruto's government as well as the position of a Deputy Chief Minister. He joins Senator Moses Wetangula who has also announced he will be defending his Bungoma seat despite a promise by Kenya Kwanza to be made the speaker of the senate