The UK Mission to Kenya led by UK ambassador to Kenya Jane Marriott has announced that an investigation has been launched into the conduct of a member of the British Army following a social media post. In the post, the British soldier allegedly admitted that he intentionally caused a fire in a conservancy in Laikipia county while undergoing training. The fire has caused massive damage to vegetation in the area and also resulted in the death of five elephants. 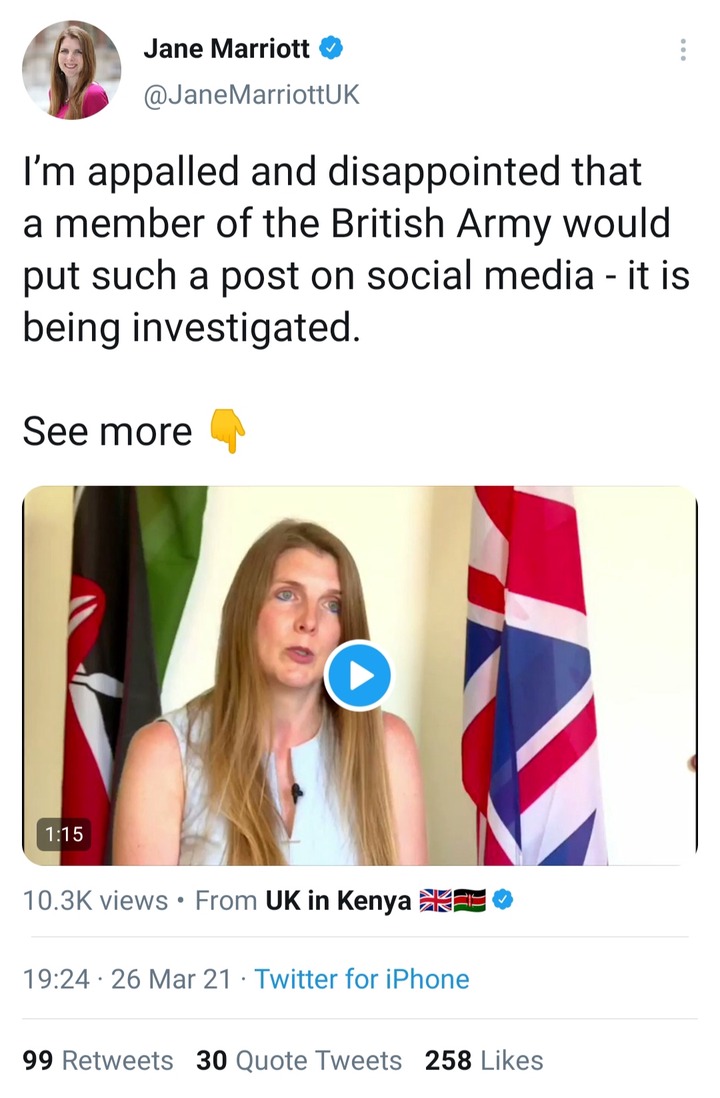 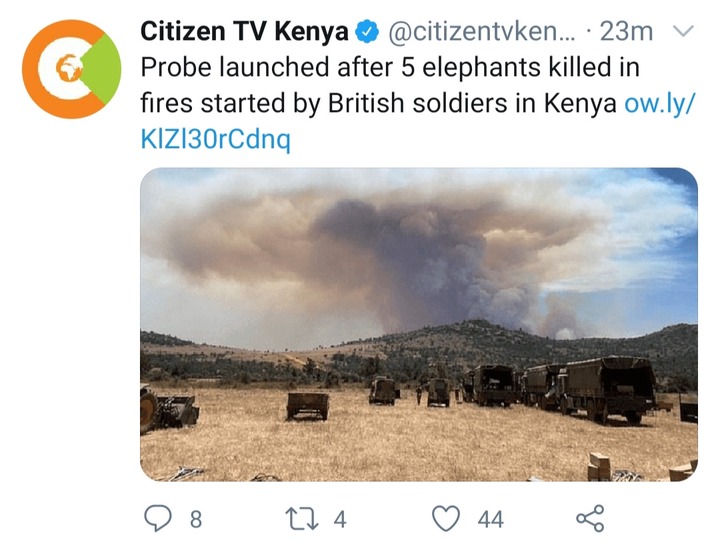 The UK ambassador has said that investigations will establish the motive of the social media post and the necessary actions against the soldier. Kenya and the UK have strong bilateral relations that allows members of the British army to train in the country among other benefits. However, such alleged actions by the soldier threatens this long standing relations considering the importance of wildlife conservation to both countries.

However, the Kenyan government through relevant agencies such as Kenya Wildlife Services are yet to issue a statement into the issue and have allowed the UK government to conclude it's investigations. Further, containment of the huge blaze is ongoing although the dry weather and winds have made the process difficult and slow.

Symptoms That Your Body Is Infested With Parasites

'Mum Threw Me Away At Only Three Days Old. I Still Wonder Why She Hates Me This Much' Woman Confesses

RIP: 41 People Die After A Boat Sinks Off

A Coalition Which Will Shake Country In Case It Happens [Opinion]

The Burial Of Prince Philip Was Conducted Uniquely