Opinion Poll:Is The Joining Of Hon Karua And Muturi To OKA A Plan Of A Mega Coalition Ahead Of 2022?

The deputy president William Ruto has not indicated if he will form a coalition or not,he might decide to go the Jubilee way;merging the political parties to come up with one strong party that will help him win the coming general elections.He is moving around selling his manifestos to Kenyan voters and at same time popularizing his UDA party. 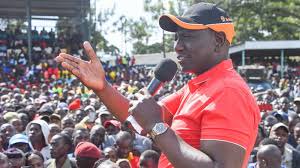 On the other hand Raila Odinga is busy moving around selling his manifestos to Kenyan voters.Though he has not talked of forming a coalition,but his party is having talks with the Jubilee party to form a coalition.

The ANC party leader Mr Musalia,Mr kalonzo,Mr Moi and Mr Wetangula have come together to form a coalition called OKA.Recently we have seen Martha Karua and Mr Justine Muturi join the coalition.There have been allegations that the OKA principals may agree to support the former prime minister Raila Odinga.

It was hinted by Gideon Moi that the OKA coalition may decide to support Raila's bid for presidency.There might be a mega coalition that will be formed ahead of 2022 general elections.Could it be the reason why Martha Karua and Mr Justine Muturi crossed the border to join the OKA coalitions? 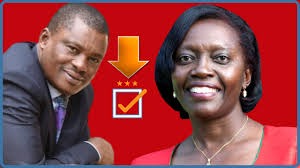