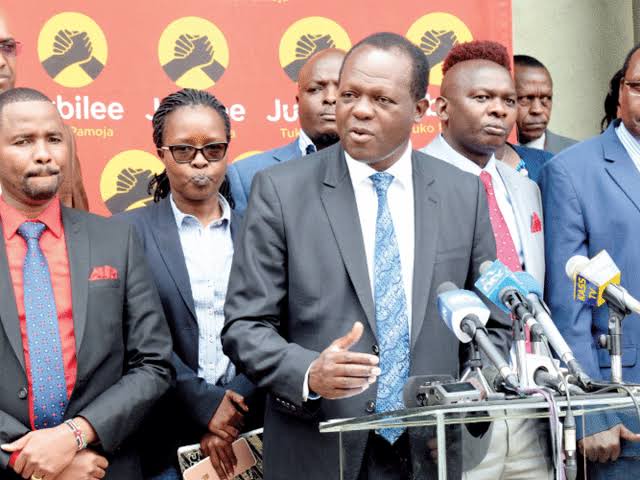 Jubilee Party led by Uhuru Kenyatta through the Party Secretary-General Raphael Tuju has this evening made a major announcement concerning the vacant Senate seat left by the late Senator Prengei and also that of Senator Mwaura.

From the letter statement made by Tuju, the late Senator Prengei has now been replaced by Githua Ngugi Isaac as proposed to the IEBC after his official nomination by party officials.

In addition to that, the party has also appointed Peter Kipsang Cheruiyot, who was a front runner in the nomination to replace Senator Prengei, as the Regional Director at the party headquarters. 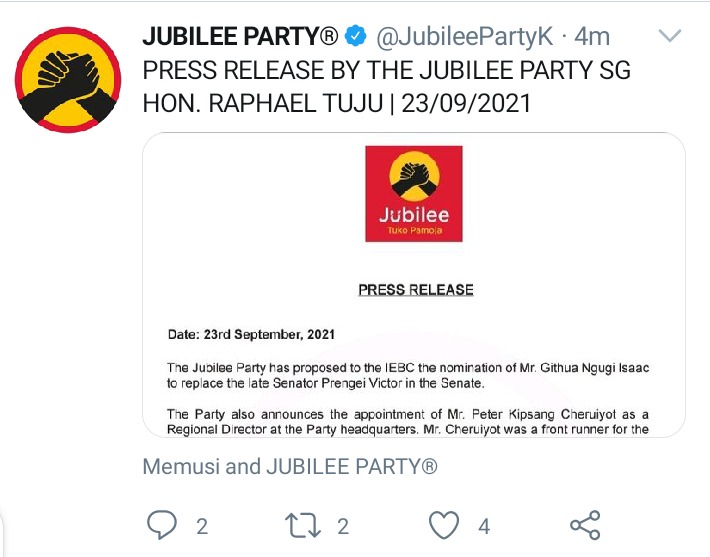 The party SG Raphael Tuju has also cleared the air in Isaac Mwaura's position as Jubilee Party nominated Senator, a position which he will no longer serve in at the party as he gets replaced by Sammy Leshore from Samburu County.

This indicates that Senator Mwaura has now been kicked out of Jubilee Party with his position taken away from him besides his efforts to get back into his position after a long battle with party officials.