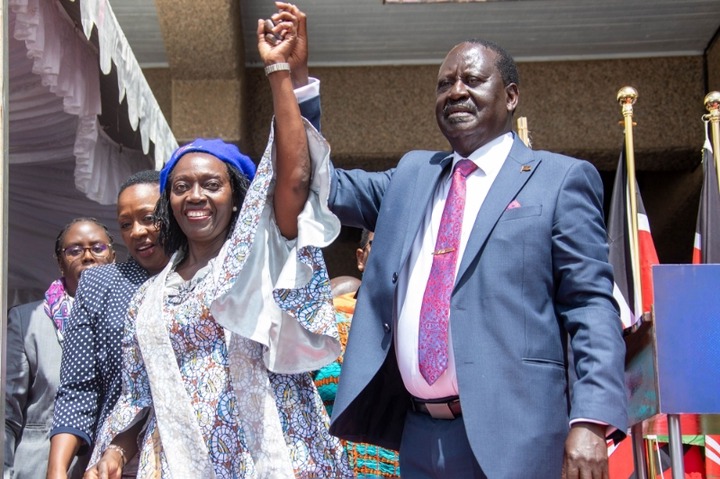 A large number if not all of Azimio la Umoja One Kenya Alliance supporters, believed that the nomination of Martha Karua as the Raila Odinga's running mate in the 2022's presidential race, was a breakthrough for the ODM party leader to be accepted and embraced in Mount Kenya Region.

Since her nomination in May 16, Karua has made several campaigns in the region in absence of Raila, a move that was seen as a way of imploring the residents in to supporting the Azimio camp.

According to Governance Expert Dennis Nthumbi, nothing has changed by appointing Karua as Raila's DP, and the region is still slippery for the Azimio camp since they are deeply rooted in Deputy President William Ruto's side.

Nthumbi who was speaking on Monday with NTV, argued that it is still impossible to sell Raila in the region, owing to the tens of years of demonization, ranging from the first president to his son , President Uhuru Kenyatta.

"The many years of Raila's radicalization in Central will affect him. By the end of the day Raila is the candidate and not Martha Karua. She will not be the president. The accurate truth is that its is hard to sell Raila in Mt Kenya," he argued.

He went on to say that as a Kenyan from the region and a neighbor of Martha Karua, nothing has changed in favour of Azimio in the region despite the Former Justice Minister being the running mate. 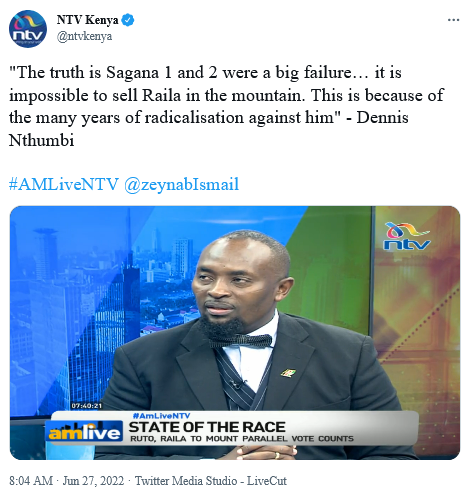 Paul Kagame Breaks Silence As He Sends A Strong Message To Ruto, Promises To Do This

Mutahi Ngunyi Speaks On Gazettement Of DP Ruto As President Elect, States What is Likely To Happen