By Powellblog (self meida writer) | 8 days

Senior Counsel Ahmednasir Abdullahi has found himself in hot soup with ANC party leader Musalia Mudavadi after he claimed its only Deputy President William Ruto who has shown interest in running for Presidency in 2022,in a tweet Ahmednasir accused NASA leaders of waiting for President Uhuru Kenyatta endorsement message in WhatsApp,but responding to his post angry Musalia Mudavadi told him that he is already in the race,Musalia Mudavadi told Senior Counsel Ahmednasir he has already started his campaigns and his Presidency is imminent. 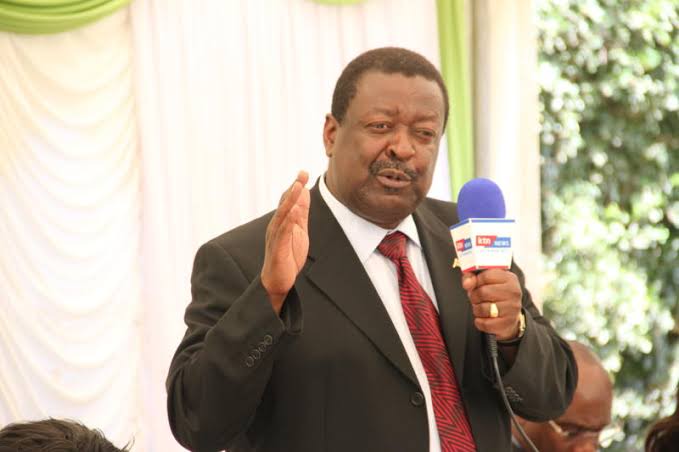 Ahmednasir Abdullahi had accused top politicians specifically from NASA and KANU's Gideon Moi for waiting to be handed the Presidency by President Kenyatta,his comments seemed to have irritated Musalia Mudavadi who responded immediately after his post,Deputy President William Ruto has publicly shown his interest of replacing his boss President Uhuru Kenyatta come 2022,despite President Kenyatta showing that he is not interested in endorsing him. 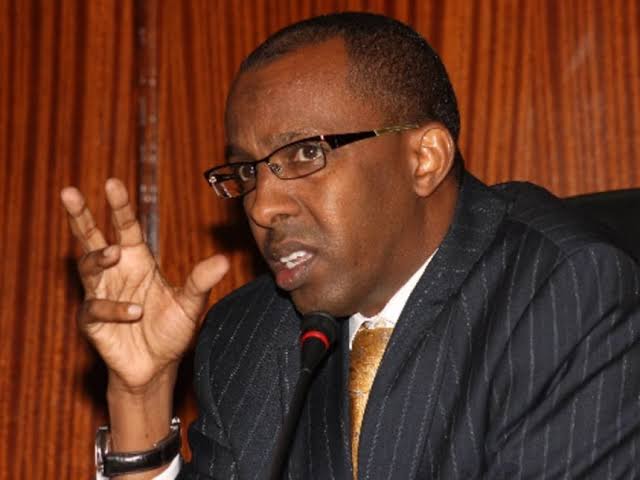 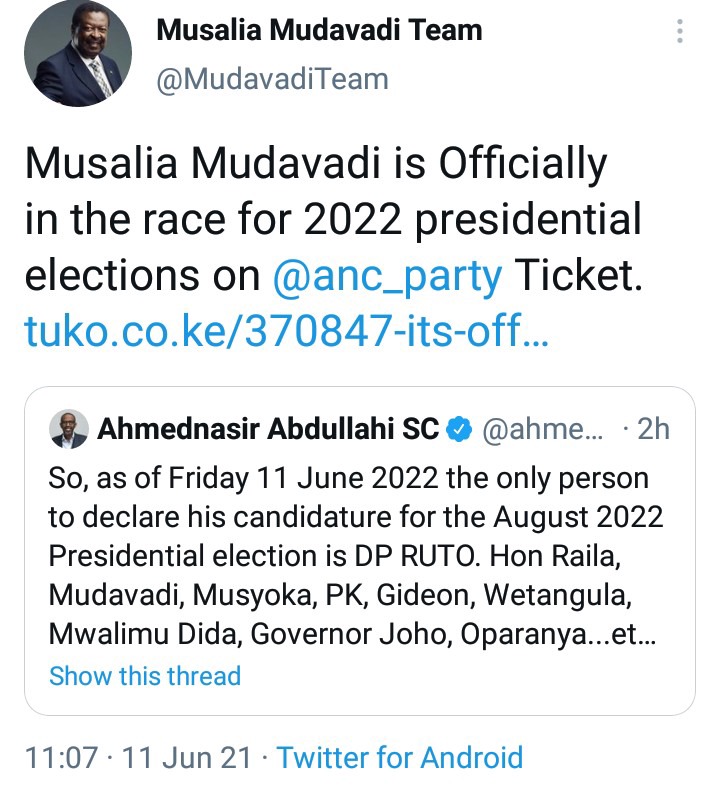