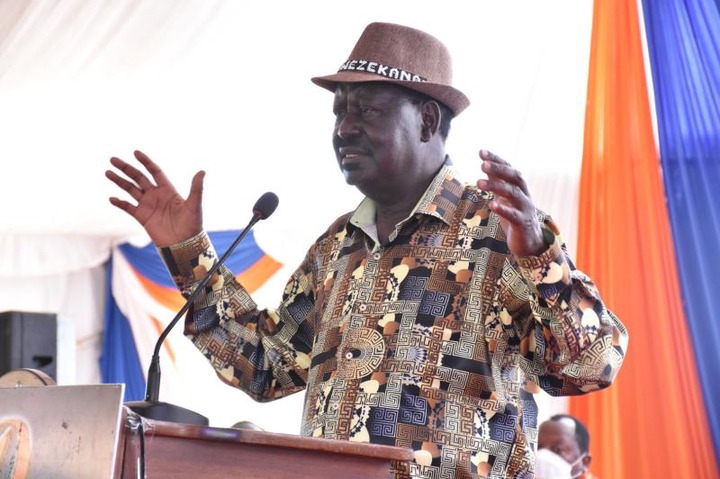 ODM leader Raila Odinga has shifted to copying Deputy President William Ruto's strategies after realizing that things aren't going according to his plan, he has been accused.

Raila, just like Ruto, is in the race to succeed President Uhuru Kenyatta in next year's elections, with the two, who are considered the leading contenders, now attacking each other in preparation.

But Ruto's camp is accusing Raila of copying the DP's ideas, after realizing that his attempts to incite Kenyans against the DP aren't working.

This is according to Ruto's UDA party Chairman Johnson Muthama, who says that it is for this reason that Raila's team has launched 'Strugglers Movement' to copy Ruto's 'Hustler Movement'.

"Now after realizing their duplicitous and deceitful traps didn't work,they have shifted from dynasties to strugglers for vote hunting. Raila Odinga MUST accept that William Ruto has outshined him and be authentic and veritable. STOP BEING COPYCATS!" says the former Machakos senator in a tweet. 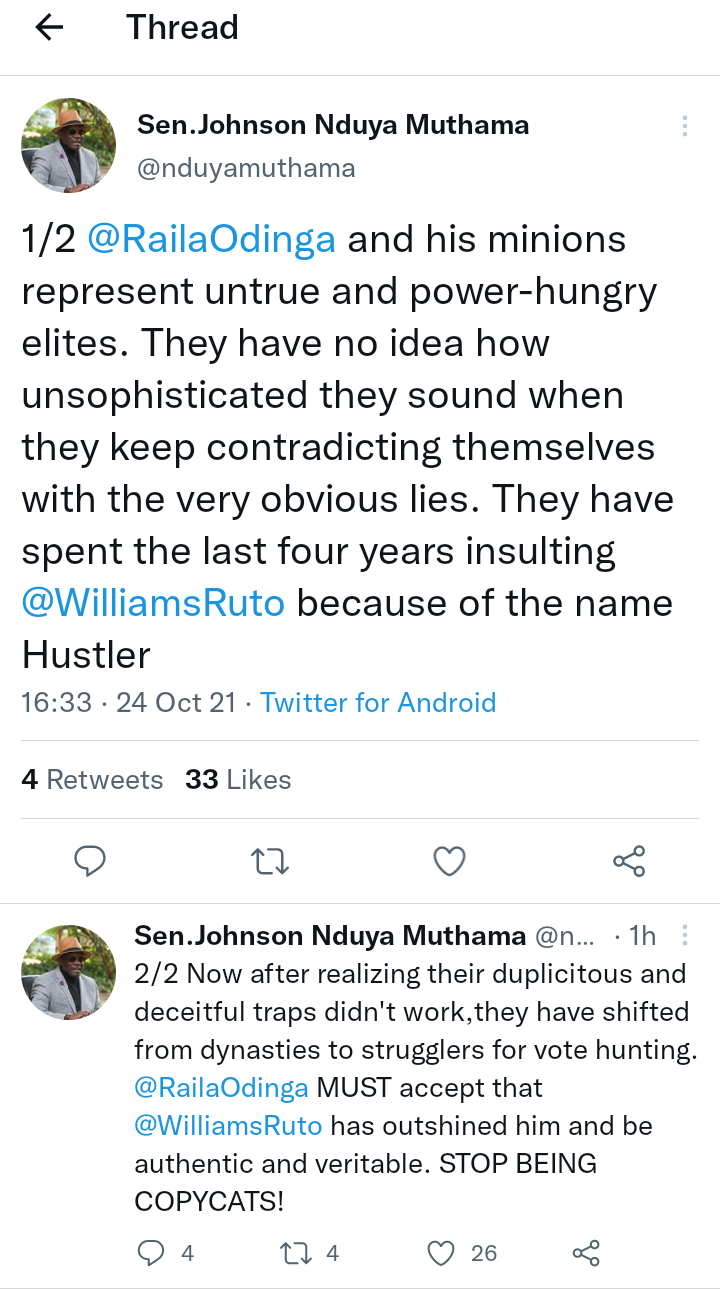 The leader, who worked with Raila in the run up to the 2017 general polls, alleges that Raila is doing all this out of hunger for power and nothing else.

"Raila Odinga and his minions represent untrue and power-hungry elites. They have no idea how unsophisticated they sound when they keep contradicting themselves with the very obvious lies. They have spent the last four years insulting William Ruto because of the name Hustler," he adds.

But Raila has for long said that he is pushing for the interests of those struggling, even promising to give the jobless youth and vulnerable families a Sh6,000 monthly stipend to cushion them.

Ruto, on the other hand, says that he will set aside a fund to help the same group establish their own income generating activities and is accusing Raila of glorifying handouts by promising to give money.