By Bukayo.News.Updates (self media writer) | 1 month ago 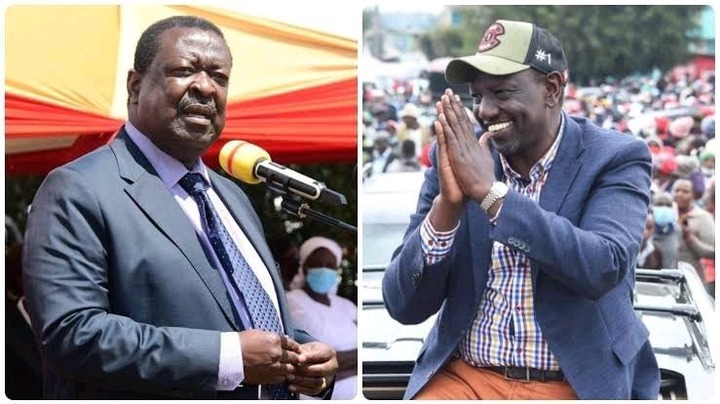 The ANC leader voted at Mululu primary School on his August 9th, with Kenya Kwanza's William Ruto winning his 276 votes.

At the same voting venue, David Mwaure got his one vote and Azimio's flag bearer, his Raila Odinga, got his 82 votes and he came second.

According to the results broadcast at 8:38 am on Wednesday the 10th, Laila defeated Odinga DP Ruto by over his 9,000 votes in the Vihiga district with 27,666 votes. 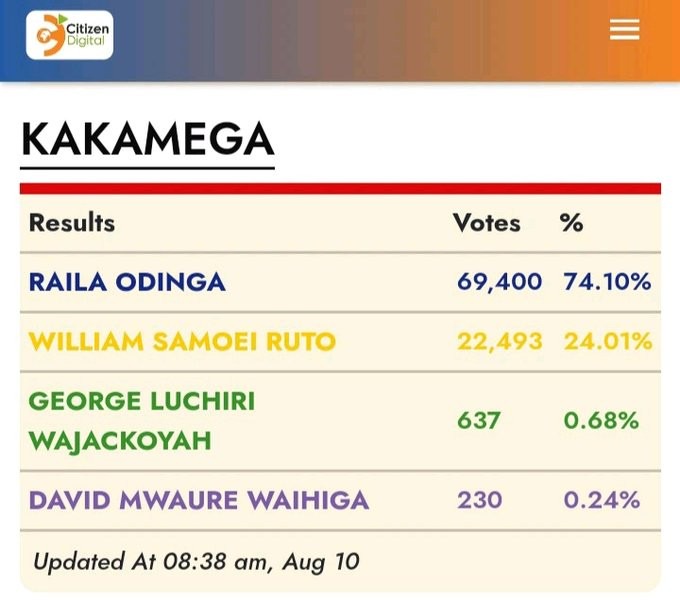 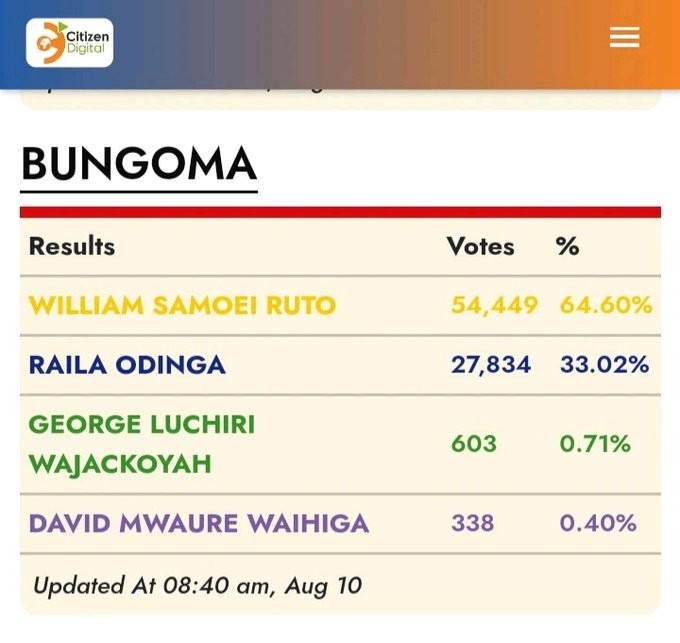 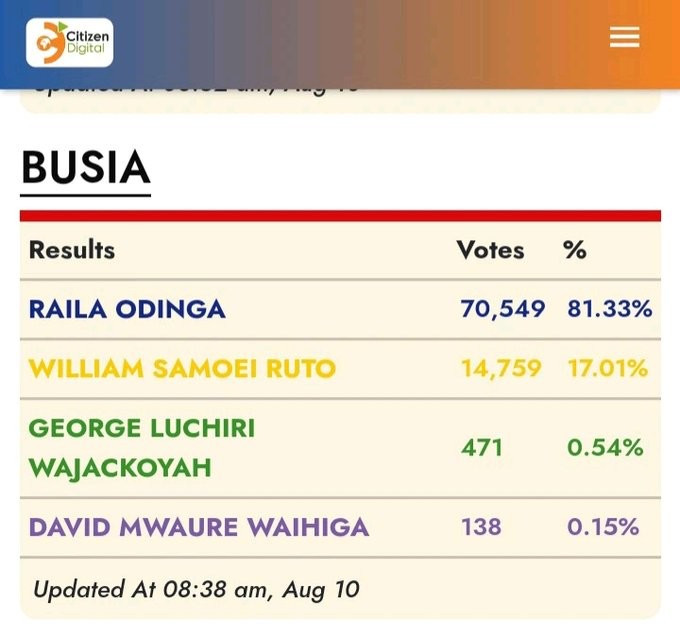 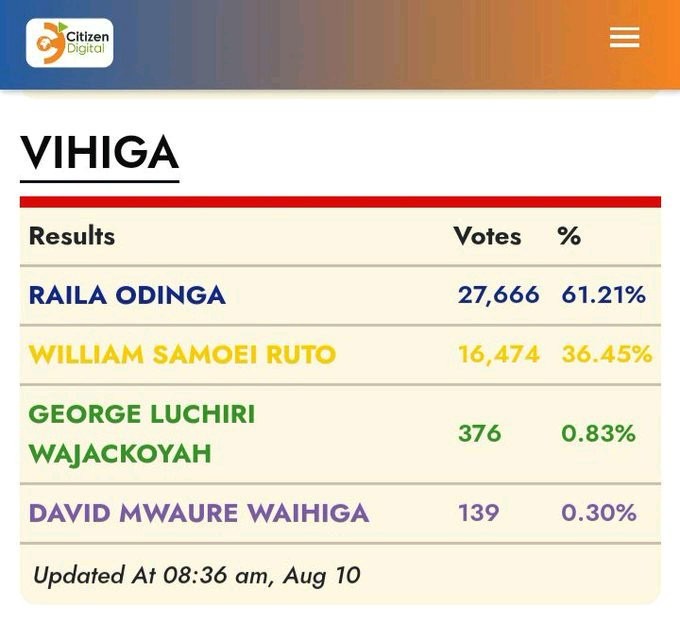 In Kakamega, Raila Odinga defeated his DP Ruto by a large margin, and he received 69,400 votes against his 22,493 votes for DP Ruto. This is a little too much. 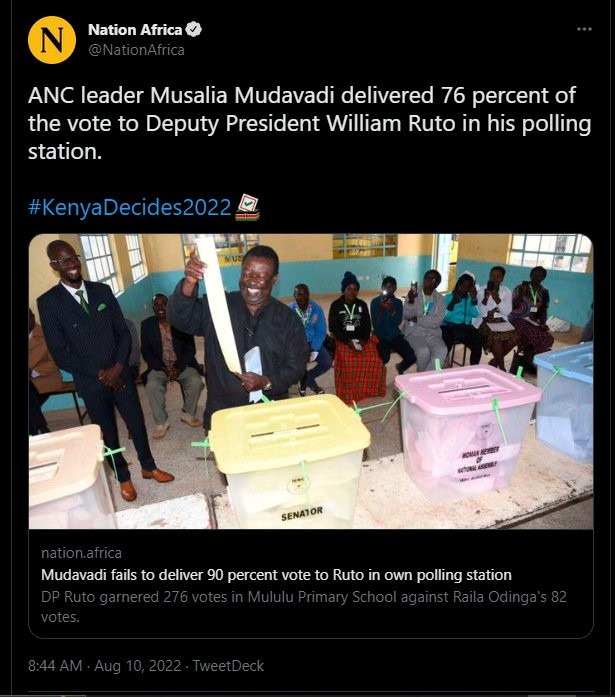 Content created and supplied by: Bukayo.News.Updates (via Opera News )