Ruto's Presidency Remarks Lands Him Into A Tough Corner 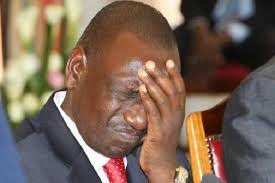 Deputy President William Ruto said that the Building Bridges Initiative Bill would have resulted to creation of an imperial Presidency. Imperial Presidency was lastly seen in Daniel Moi regime where the president had got more powers over the constitution.

Ruto's remarks have landed him into a tough corner since most political analyst have stated that this is a lie claiming that Ruto has never been involved in bringing and end to Imperial Presidency regime in Kenya.

Mutahi Ngunyi has claimed that this is a lie demanding an answer of at what time and when did DP Ruto fought for an end of the same.

"Another lie from Bwana Asifiwe. This man was created, Nurtured and made rich by the Imperial Presidency of Arap Moi. Where and When did he fight?", Mutahi Ngunyi stated. 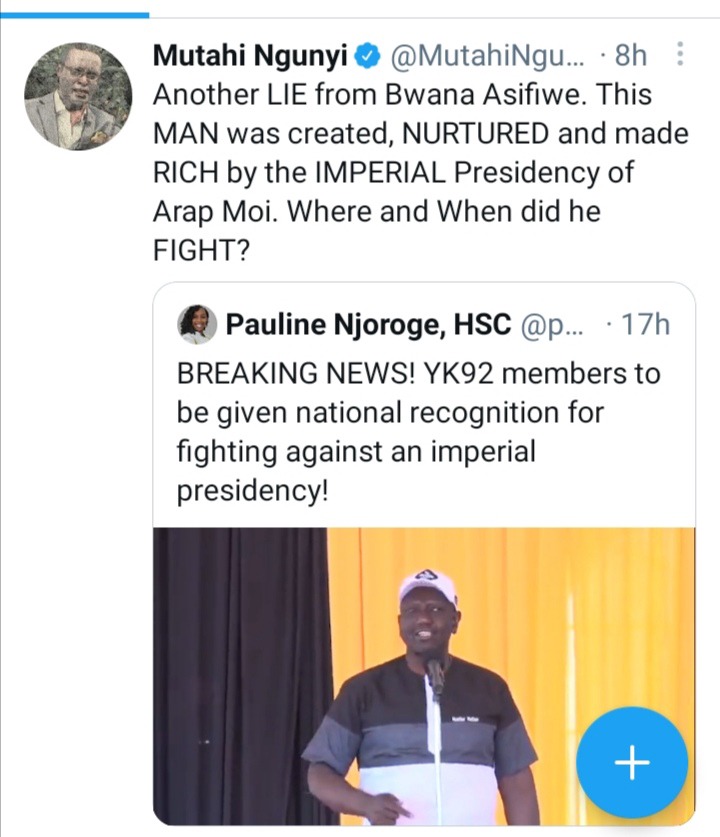 My Life is in Trouble, Says Mohamed Ali as Gunmen Raid his Office

Ruto Says Raila, Uhuru Are So Worried Now, Reveals Why As He Mentions Deep State