By Guten-Morgen (self media writer) | 1 month ago 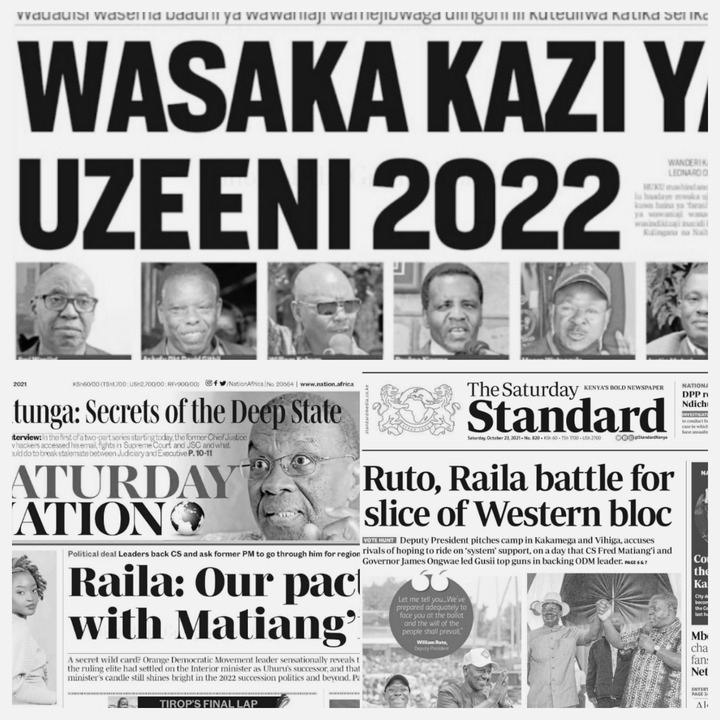 In today's different newspaper editions, politics have taken the center stage as campaigns for the next year's general election continues. Below are the stories making headlines;

According to the Saturday Nation, leaders are now backing Interior CS and have ask former Prime Minister to go through him in order to get Gusii votes. However this raises the question whether Raila's pact with Matiang'i is secret wild card. This is after the Orange Democratic Movement leader Raila Amolo Odinga sensationally reveals that the ruling elite had settled on the Interior Cabinet Secretary Dr Fred Matiang'i as Uhuru's successor, and that Matiang'i's candle still shines bright in the 2022 succession politics and beyond. 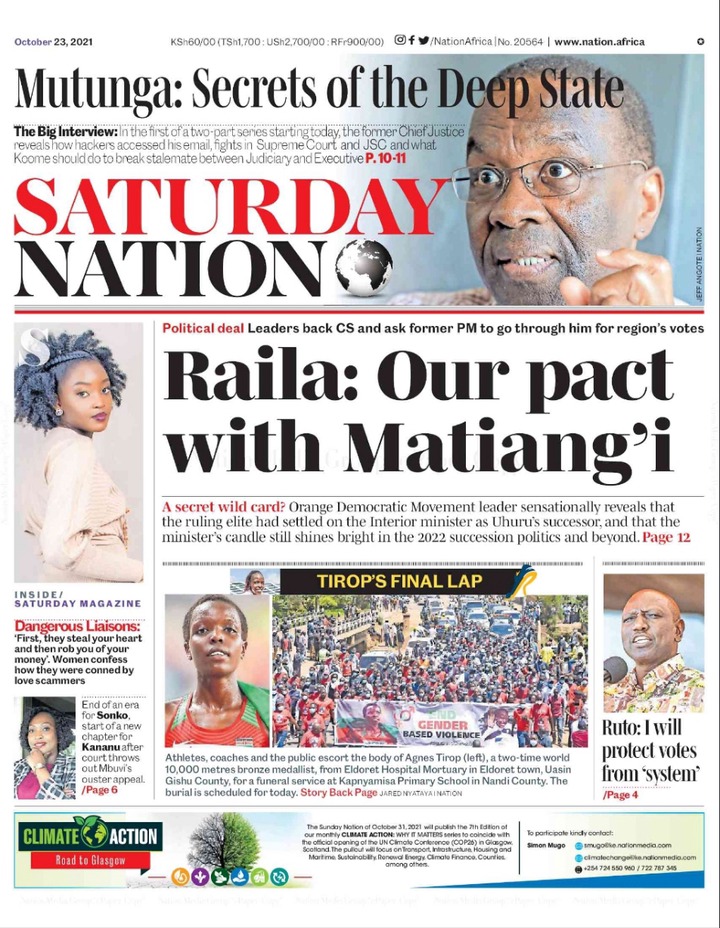 In a battle between DP Ruto and Raila for slice of Western bloc Votes, the DP has pitched camp in Kakamega County and Vihiga where he has accused his rivals in ODM of hoping to ride on 'system' support. The DP said this on a day when the Interior Cabinet Secretary Dr Fred Matiang'i and Governor James Ongwae led the Gusii top guns in backing the former Prime Minister Raila Odinga for the top seat. 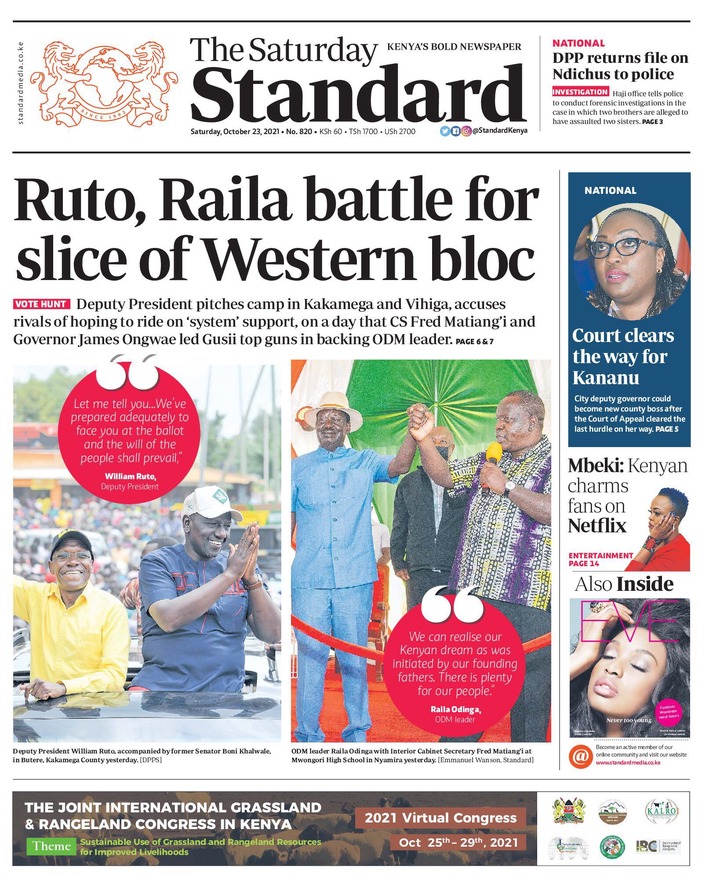 While the race to enter the State House later next year appears to be between two horses, the list of contenders is getting longer. Below are some of the leaders who will be in the presidential ballot next year. 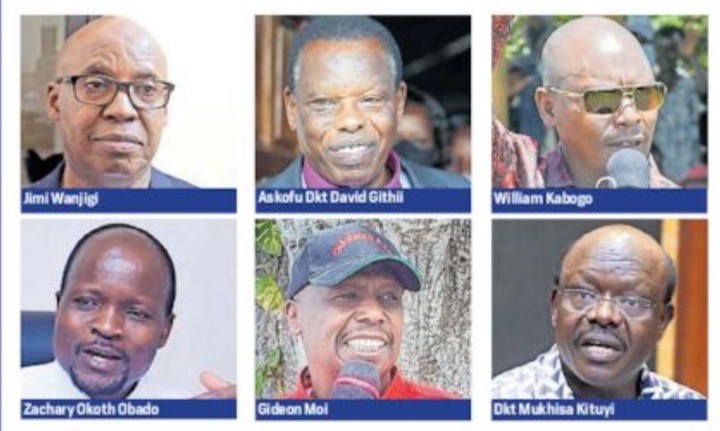 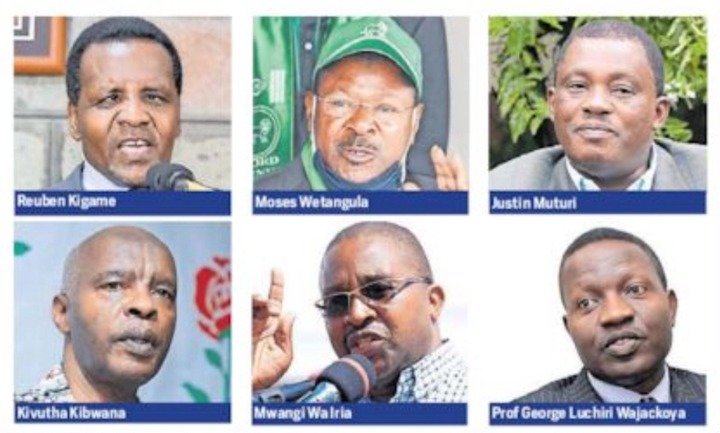 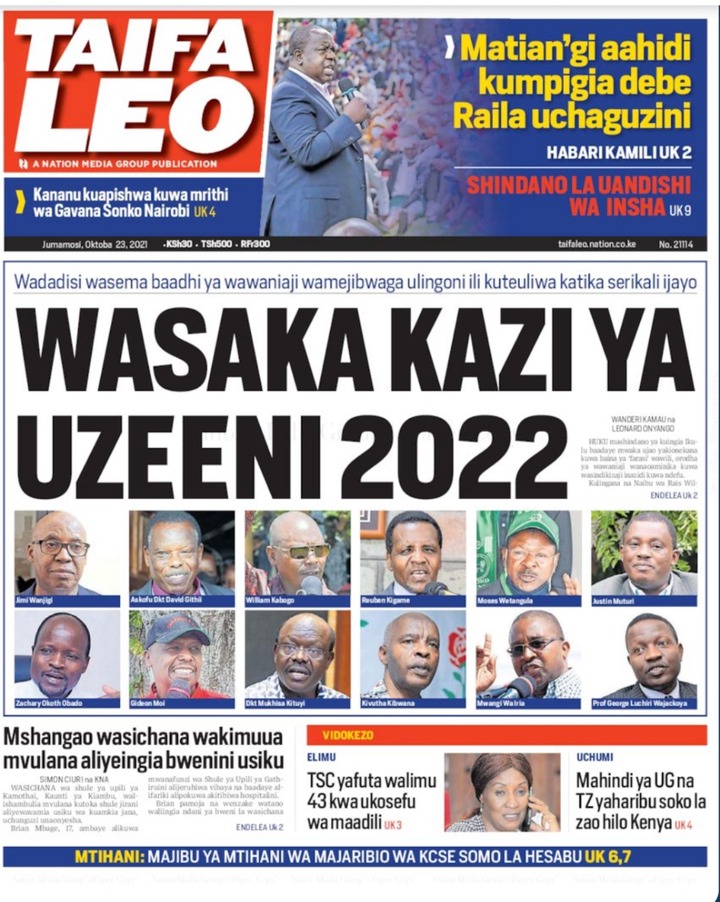 Content created and supplied by: Guten-Morgen (via Opera News )