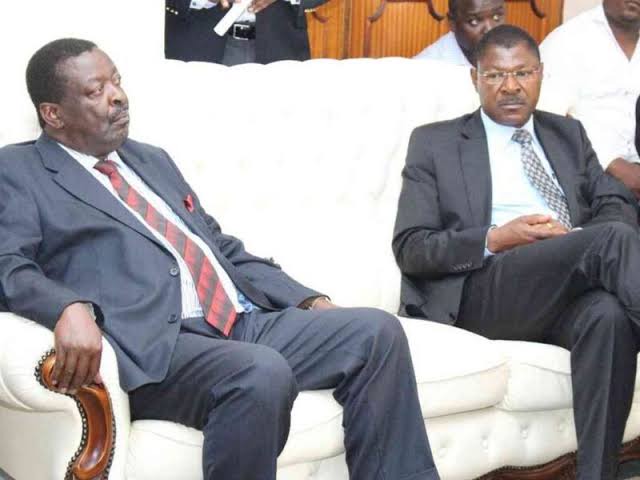 "This is open FRAUD. The two can’t even deliver 40% of the Luhya vote. Impossible. Did Mr Ruto hypnotize them? Duped in broad daylight!," Makau Mutua stated 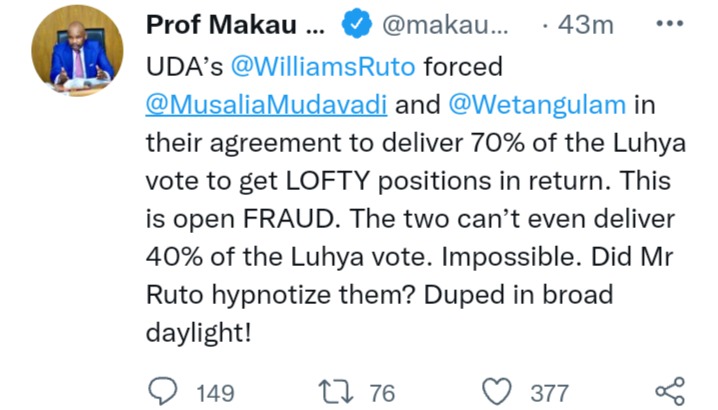 Makau Mutua has further indicated that Deputy president William Ruto Forced Musalia Mudavadi and Moses Wetangula in an agreement aimed to deliver 70 percent of the Luhya votes that he as termed as impossible.

"UDA’s @WilliamsRuto forced @MusaliaMudavadi and @Wetangulam in their agreement to deliver 70% of the Luhya vote to get LOFTY positions in return," Makau Mutua added