By Rashadhotnewsnow (self media writer) | 2 months ago 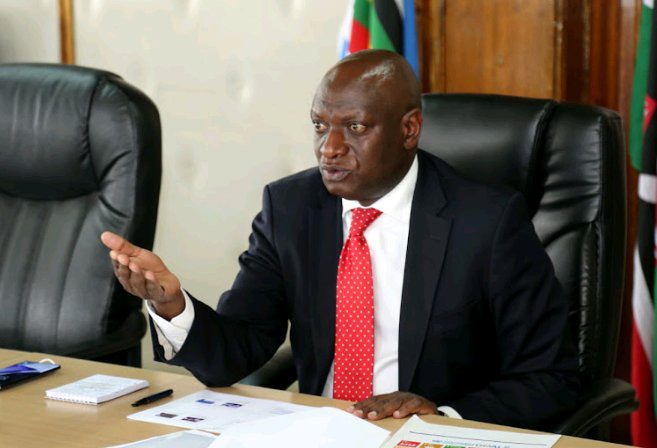 Charles Cheruiyot Keter is a Kenyan politician. He belongs to the United Democratic Alliance Party of Kenya. He was elected to represent the Belgut Constituency in the National Assembly of Kenya in the December 2007 parliamentary election.

The political party's nominations left some politicians not believing in the outcome. Charles Keter is among the key UDA brigades who suffered a blow in the already concluded nominations.

Today in the morning, Charles Keter has tweeted claiming that he has arrived safe in the United Kingdom. He is set join the family in the celebration of her youngest daughter Daisy who is graduating with Master's Degree in Commercial Na Corporate Law LLM from Queen Mary University.

"I arrived safely in the United Kingdom, to join my family in celebrating my youngest daughter Daisy, who is graduating with her Master's Degree in Commercial and Corporate Law LLM from Queen Mary University, London," Keter tweeted. 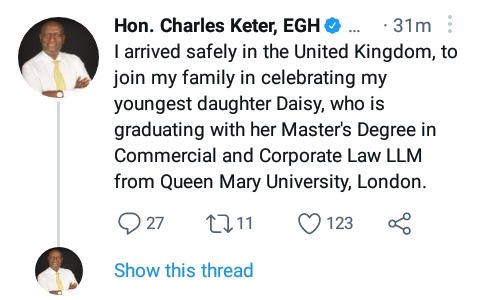