By NatashaNews (self meida writer) | 12 days 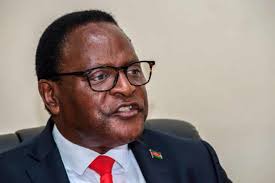 African Presidents are known for their special leadership styles. They have on different occasions caused Tension and discussion after appointing close relatives or family to powerful positions in their governments. Well, some of those leaders who have Appointed their family members to government despite angry reactions from residents is Ugandan president Yoweri Kaguta Museveni.

President Museveni is one of African longest serving head of state who has his wife as a minister in his government and his son as head of defense forces in the same country. He promoted his son General Muhoozi to a powerful military position just few days ago.

Well, it seems like the trend is not ending any time soon in Africa. According to reports by the standard newspaper. Malawian president has come under heavy criticism after appointing his own daughter as ambassador to Brucelles. It is reported that, the president made the appointment despite making promise to end nepotism when he takes over Office in 2020 campaign. Residents are not attacking him for not being any different from those who rulled before him.

The statehouse has reacted on president appointment defending him by claiming that everyone has equal opportunity of being appointed to state job as long as they're qualified and ready to defend the country.

"African Presidents are always greedy. So many qualified people in their respective countries but still they will find away of employing family members to state job. This is what is affecting development in such nations" Posted David.

"Who will end this madness in Africa? Ugandans are crying, Malawi people are also crying. Their president's are not listening at all. Poor Africans will continue to suffer in hands of Cruel leaders." Posted Debra. 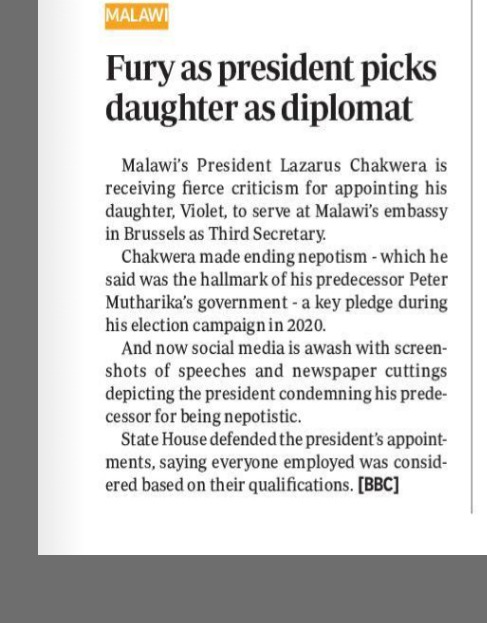